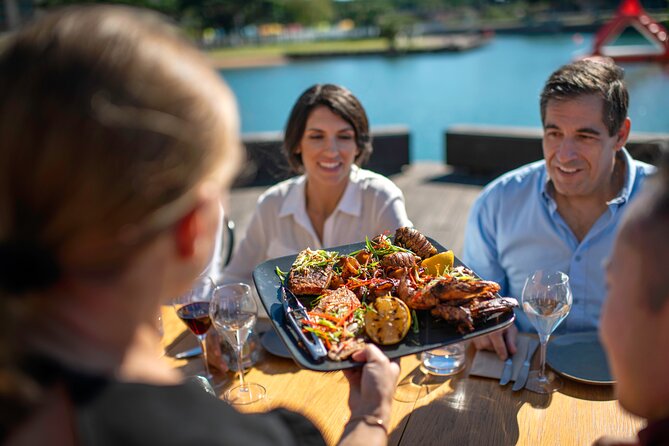 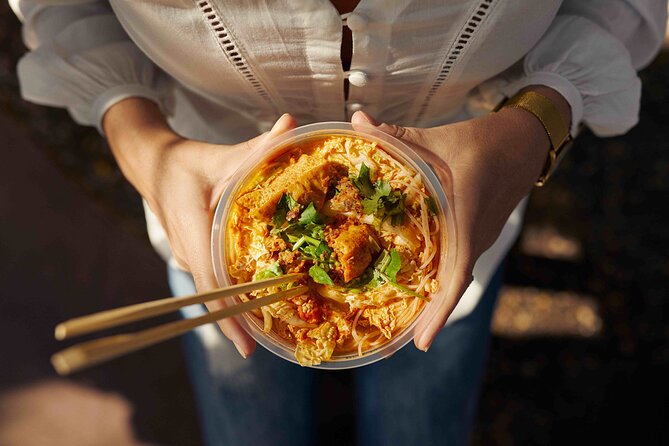 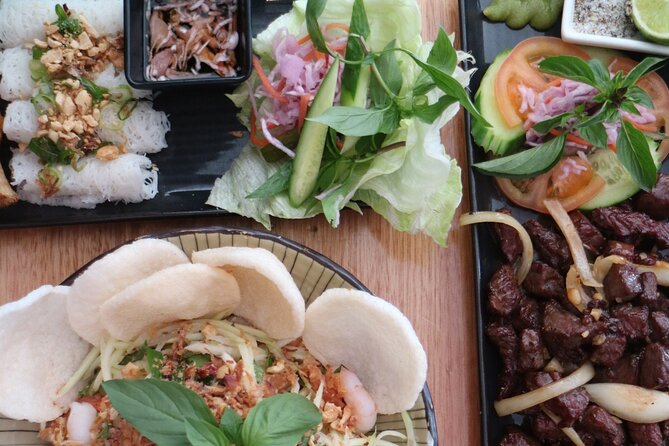 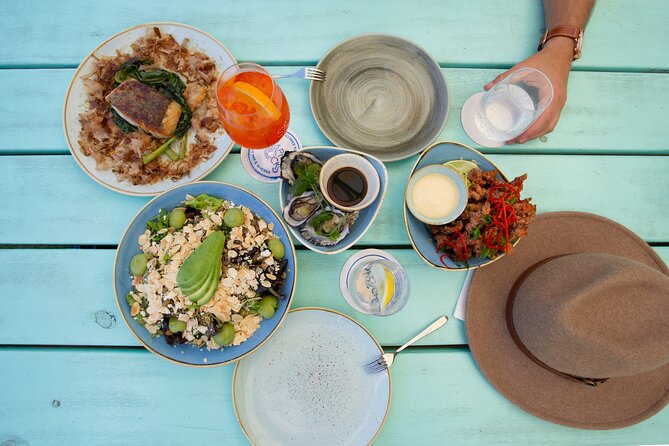 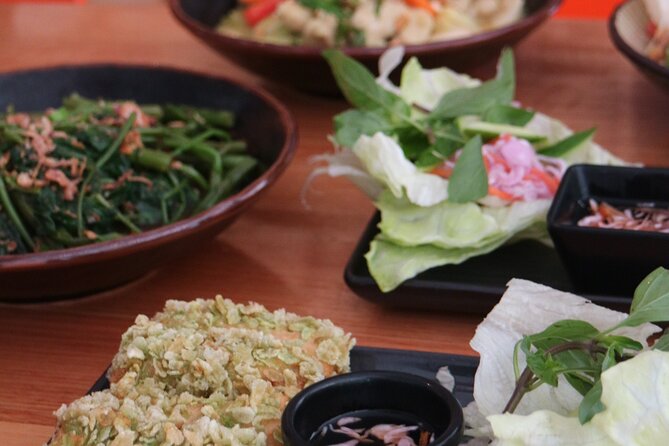 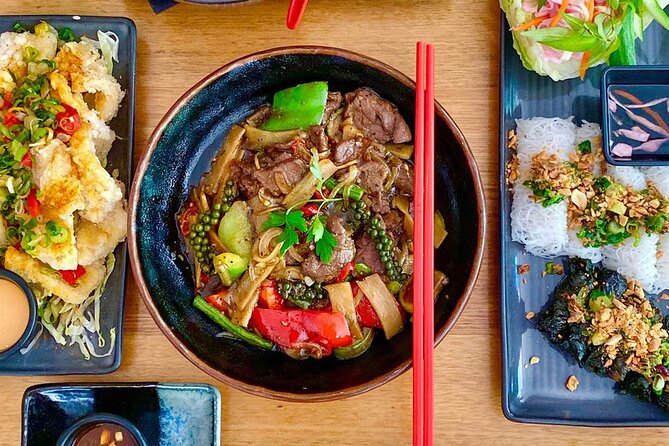 Let your taste buds explore the rich culinary heritage of Darwin on our guided gourmet dinner tour. Tasting plates (degustation) feature local ingredients and Aboriginal bush foods to delight the most seasoned gourmand. Our tours stop at cultural and historic landmarks and we sample from a roster of restaurants that rotate between any of these: Wharf One, Snapper Rocks, Chow, Hanuman, Phat Mango, Ruby Vietnamese, Lazy Susan, Little Miss Korea, Moorish, Speakers Corner, and more.