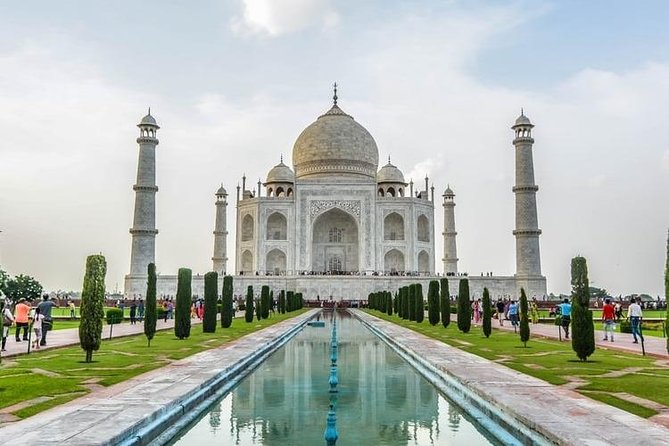 Spend five days taking in the highlights of India’s Golden Triangle on this epic whirlwind tour through the cities of Delhi, Agra and Jaipur. Get an up close look at India Gate and Qutub Minar as you explore the back streets of Delhi with your friendly, local guide. Then travel in the air-conditioned comfort of your own private vehicle through the ruins of the Mughal Empire as your guide explains their historical and architectural significance. Visit UNESCO World Heritage Sites like the Taj Mahal. Gain insider’s access to Jaipur’s royal history on a trip to the City Palace and revel in the 4-star hotel accommodations with complimentary breakfast buffets as part of this multi-day Golden Triangle tour.

from
$263 AUD
Sightseeing around Mussoorie

from
$60 AUD
Hello Calcutta - Walk & Experience the "city of joy"

from
$132 AUD
One Way Agra To Delhi Transfer