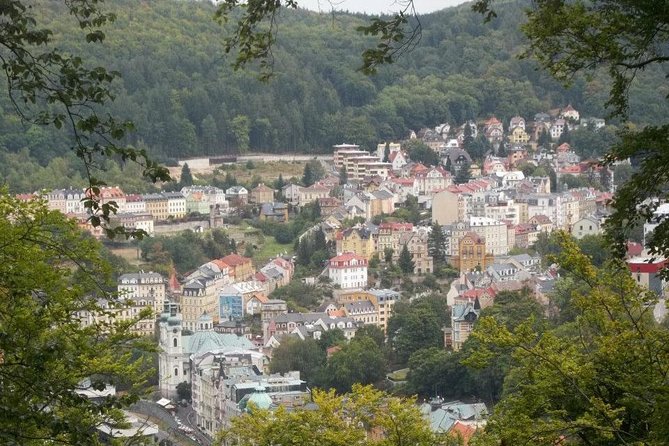 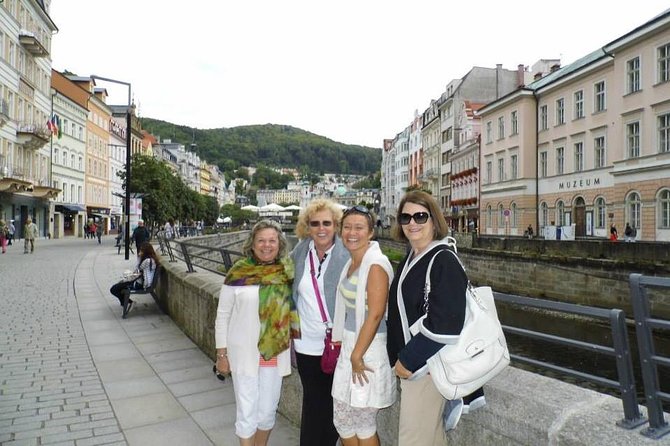 I and the professional driver will pick you up at 8 am in a lobby of the hotel you are staying in. This tour is provided by A/C private car or minivan. It takes 9 hours. Minimum number of people for booking is 2 persons. Bottled water will be available in the car for free.Karlovy Vary is the second most beautiful town in the Czech Republic. It is a spa town situated in western Bohemia on the confluence of two rivers: Ohře and Teplá, about 130 km (81 mi) west away from Prague. It was founded by famous Czech king and Holy Roman Emperor Charles IV in 1370. It is well known for its hot springs discovered in the 14th century by king Wenceslas who later on renamed himself to Charles.There are 13 main springs, about 300 smaller springs, and the warm-water Teplá River. It is the most visited spa town in the Czech Republic.

from
$101 AUD
Cesky Krumlov Day Trip from Prague to Vilshofen

from
$814 AUD
Private Day Trip to Kutna Hora From Prague

from
$18 AUD
FREE TOUR Stories and Legends of Prague

from
$534 AUD
Private Tour to Terezin from Prague