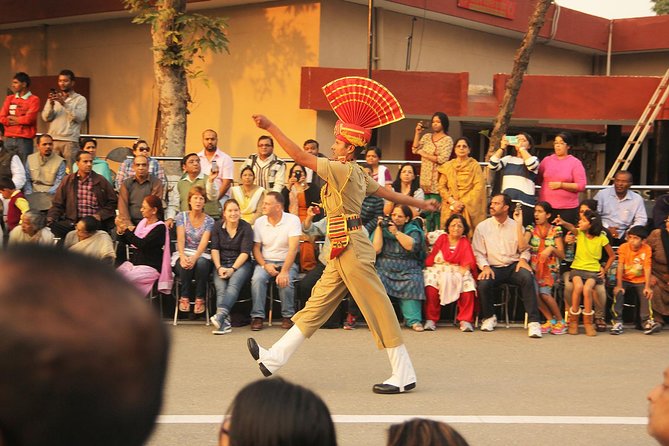 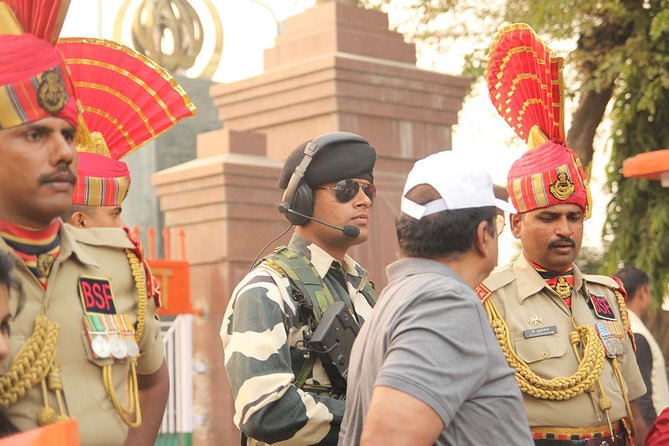 In the late afternoon travel toWagah Border to watch the lowering of theflags ceremony at the Attari-Wagah border which is a daily military practice that the security forces of India(Border Security Force, BSF) and Pakistan (Pakistan Rangers) have jointly followedsince 1959. The drill is characterized by elaborate and rapid dancelike manoeuvres and raising legs as high as possible, which have been described as "colourful". It is alternatively a symbol of the two countries’ rivalry, as well as brotherhood and cooperation between the two nations.

from
$154 AUD
Explore Rishikesh On Foot

from
$119 AUD
Experience the cultural tourism in Purulia

from
$156 AUD
Delhi Jaipur and Agra with Fatehpur Sikri Tour

from
$716 AUD
Private Jaipur Day Trip from Delhi By Car

from
$144 AUD
Heritage Walking Tour of Madurai with Private Transfer