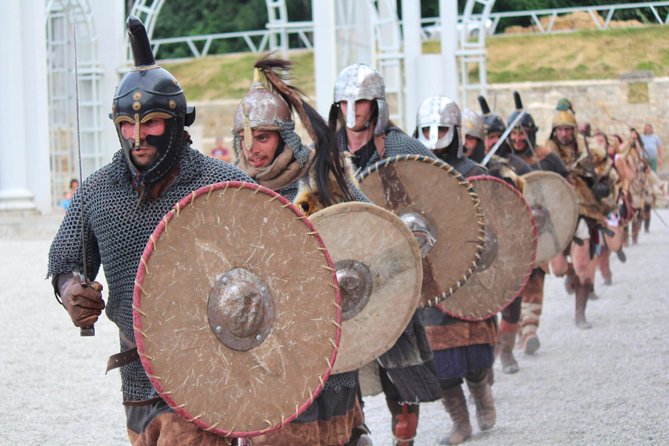 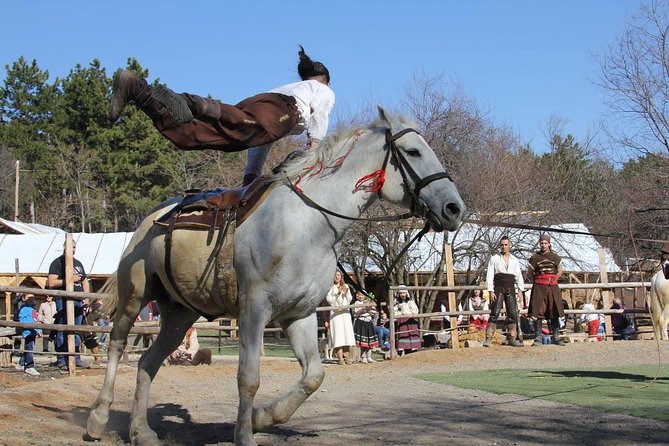 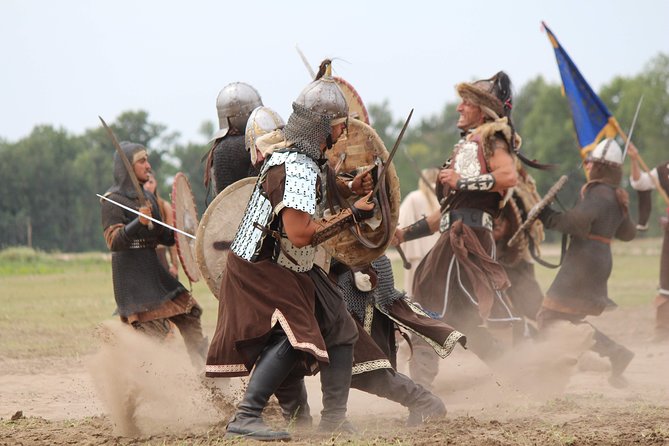 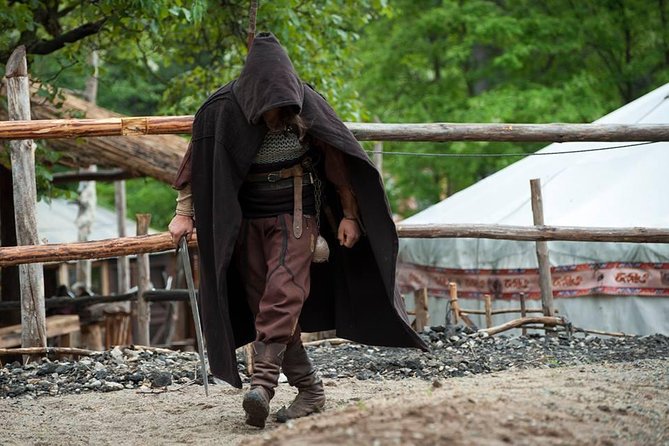 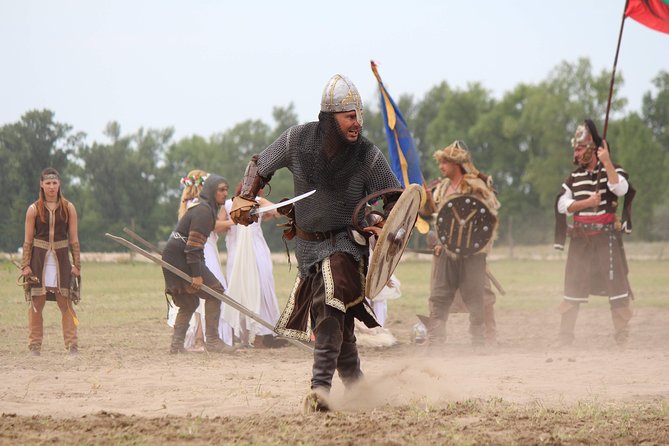 Get ready for a time travel and adventure which you won’t forget! You’ll learn some interesting history, shoot with a bow, ride a horse, fight with swords and taste the ancient Bulgarians’ food.We are going to a place where for a few hours we’ll get to live the life of the ancient Bagaturs. Those were Bulgarian warriors in the antiquity whose name means "heavenly sword". Being similar to the knights and the samurai, the Bagaturs were heavily armed and on a horse. They were extremely well-trained warriors. Some of their contemporaries wrote that a Bagatur can be compared to 100 ordinary soldiers.In order to check all of the above, we’ll embark on a trip to the city of Stara Zagora where Aul Baga-tur is situated. Aul is an old Bulgarian word which means “temporary village/fort” of the proto-Bulgarians.*** IMPORTANT NOTICE: The 2-hour Bagatur program costs an additional 150 euro per group and is not included in the price of the tour. It's payable to our Bagatur hosts on arrival.

from
$66 AUD
Local Adventures in the Rhodope Mountains

from
$44 AUD
Private Nature Day Trip to the Iskar Gorge

from
$114 AUD
Audio Guide for All Varna Sights, Attractions or Experiences

from
$104 AUD
Audio Guide for All Strandzha Mountain Sights, Attractions or Experiences

from
$24 AUD
Belogradchik 4x4 Safari Tour: The Guardian of the Valley 50-Minute Route

from
$12 AUD
From Sofia: Belogradchick - The Bulgarian Arizona