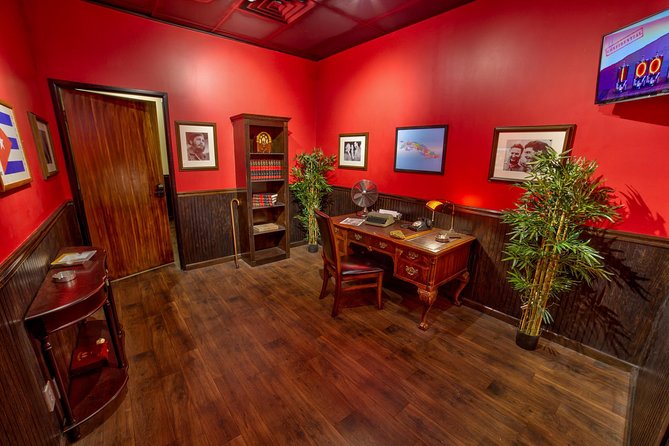 You are Don Frederico, a CIA Field Operative, your code name is Gerrard “Gerry” Droller and you work directly for the President of the United States, John F. Kennedy. While going over your mission notes, you realize the world is facing a nuclear Armageddon. The Soviet Union, under Premier Nikita Kruschev, has strategically assigned ballistic nuclear missiles to the Cuban territory with approval from the Cuban leader, Fidel Castro. An American spy plane has just been shot down over Cuba and the President is now under massive pressure from the Pentagon to launch an invasion of Cuba. Your mission is to infiltrate Fidel Castro’s palace, locate the secret KGB office, and find out who was responsible for shooting down the American plane. After breaking in to the Palace, you receive word that Castro and his bodyguards are traveling back towards the palace, and they are only 60 minutes away! You must complete your mission and escape before you are caught! Time is of the essence!

from
$16 AUD
Chicago Ghost Hunt: Ghosts of the Chicago River

from
$53 AUD
Scavenger Hunt: Books and Basketball at Duke University!

from
$16 AUD
Fort Collins Scavenger Hunt: It's A Small World