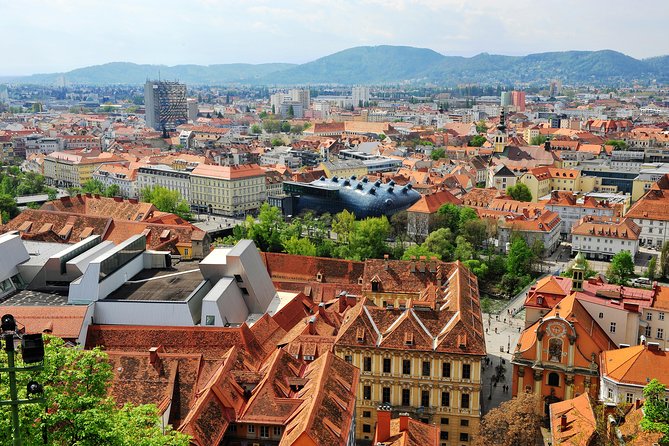 Day Trip from Vienna to Graz

Graz, the capital of the Austrian federal state of Styria and the second largest city of Austria, was named the capital of the European city of culture in 2003.Numerous historical buildings and cultural scenes are characteristic of Graz and are an indicator of its rich history, dating back to Roman times.The Christmas fair that is held in Graz during the advent times, enhances its charm so many choose to visit just then.

from
$127 AUD
Vienna city tour with lunch and carriage

from
$190 AUD
Architectural Walk of Graz with a Local

from
$2,256 AUD
Private Tour of Bratislava with Transport and Local Guide from Vienna

from
$816 AUD
Bratislava From Vienna By Bus With Coffee & Cake

from
$129 AUD
The best of Feldkirch walking tour

from
$1,137 AUD
The Instagrammable Spots of Salzburg Walking Tour with a Local