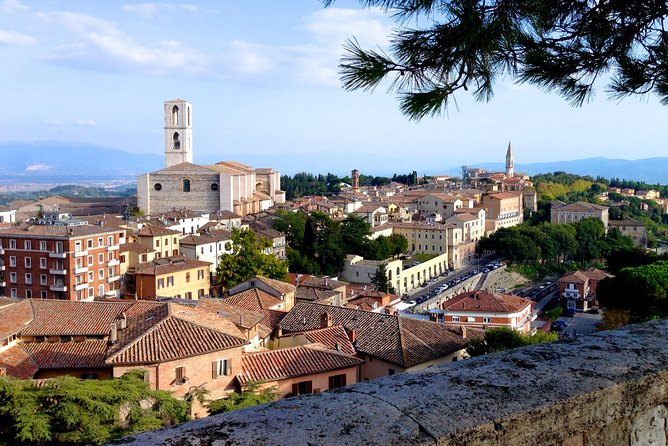 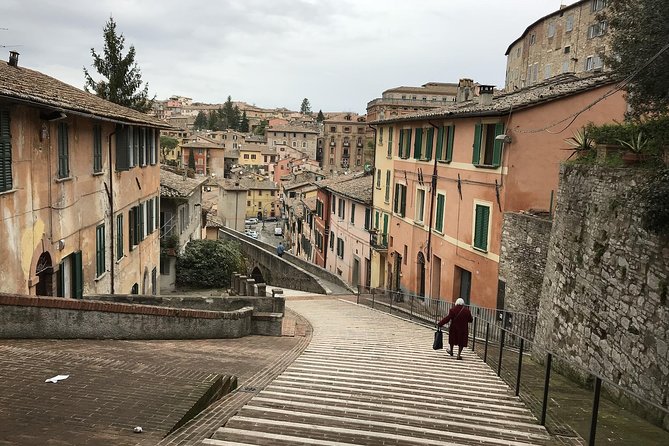 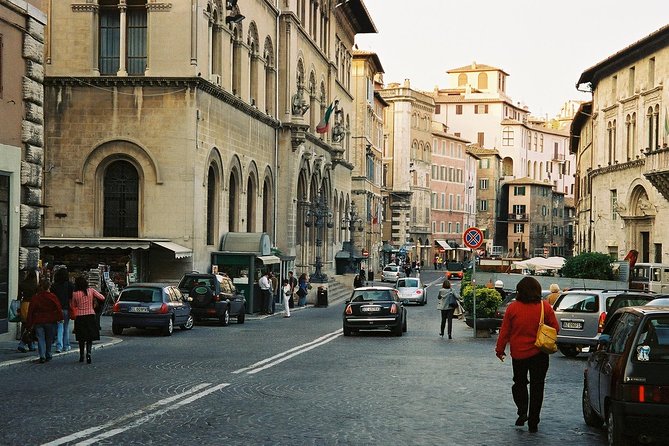 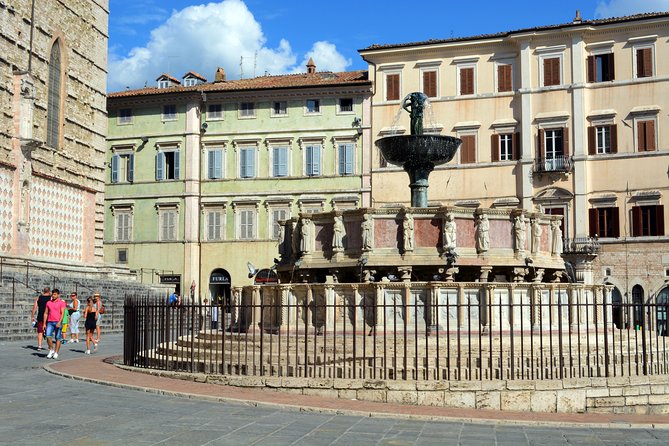 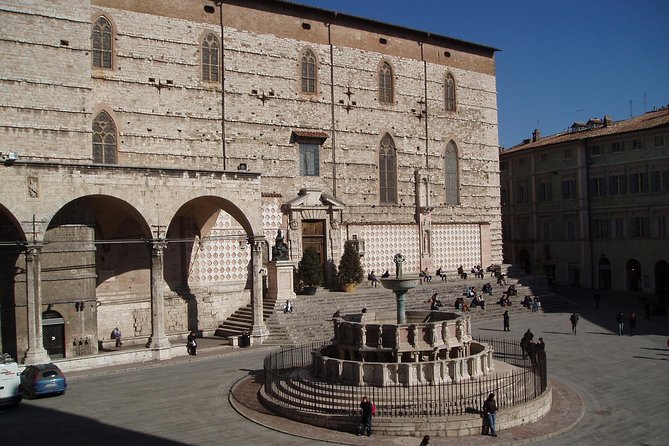 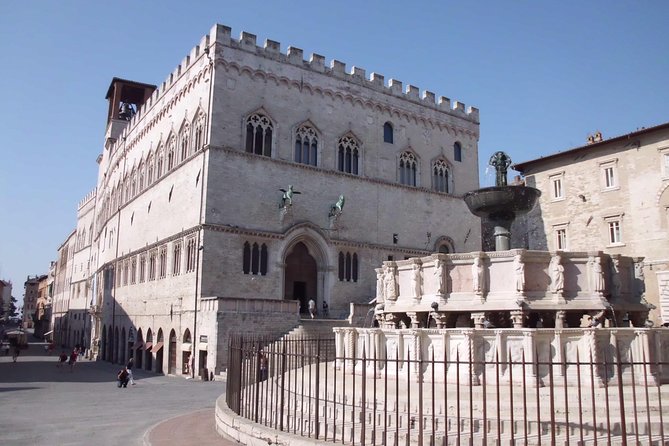 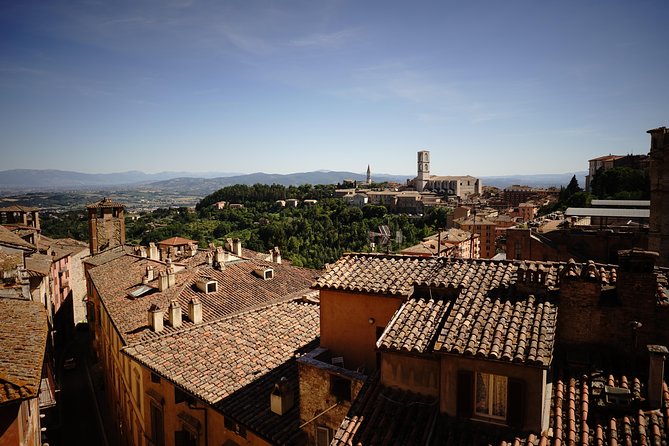 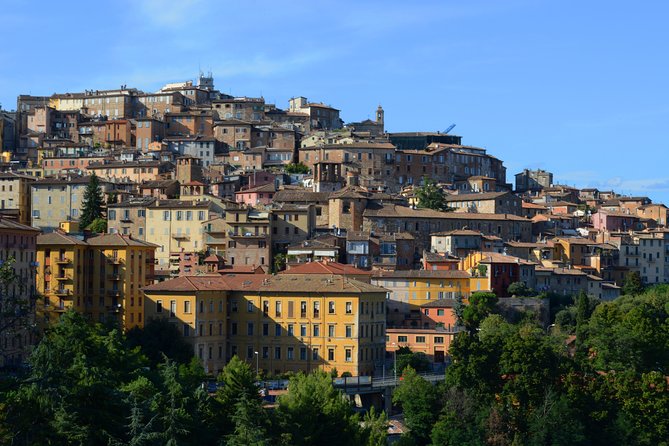 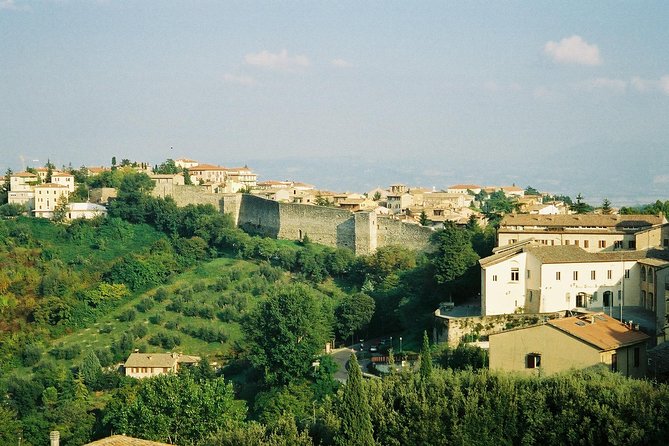 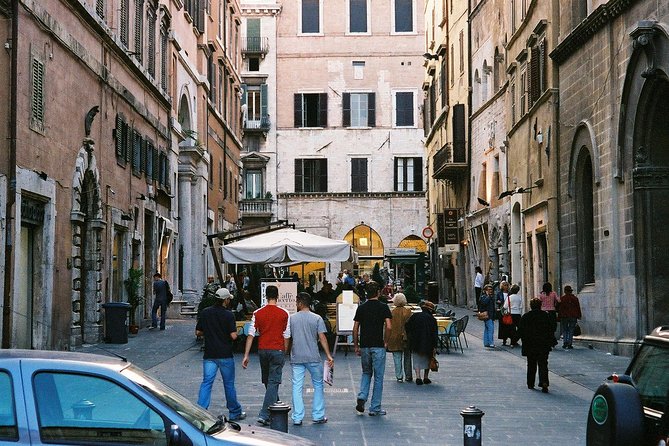 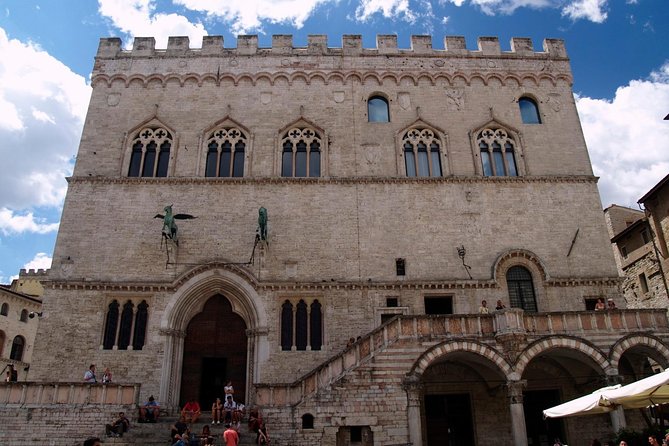 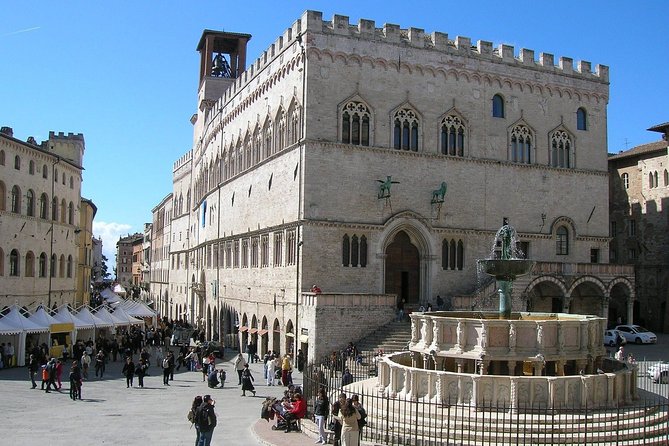 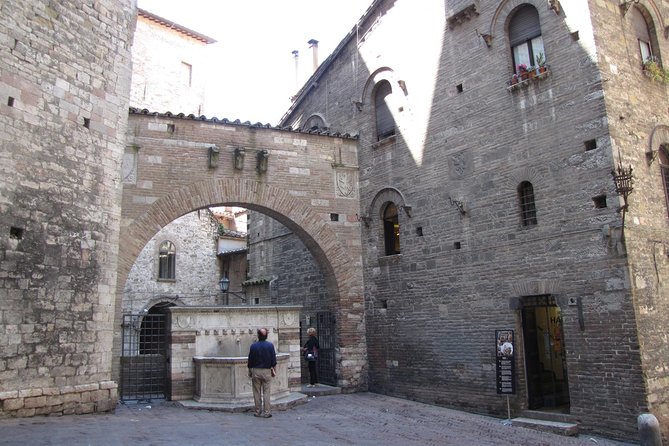 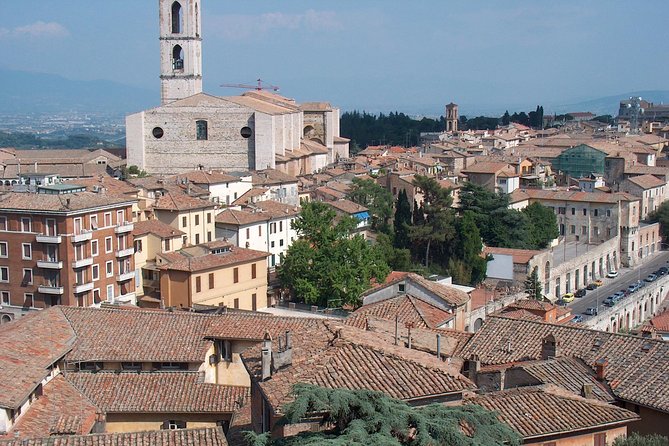 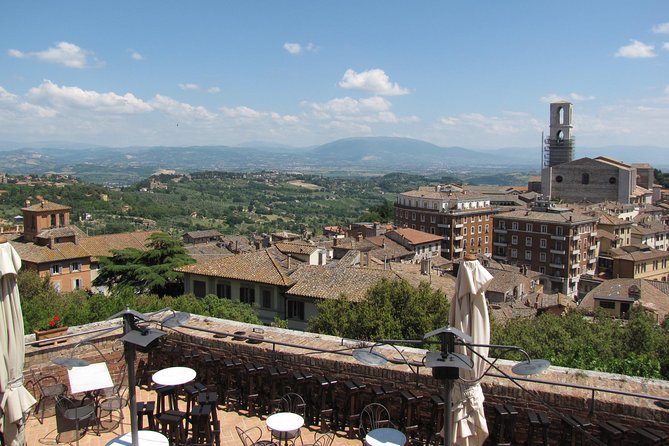 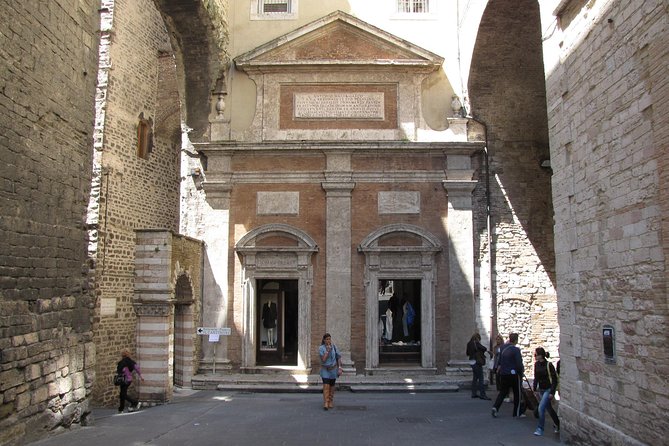 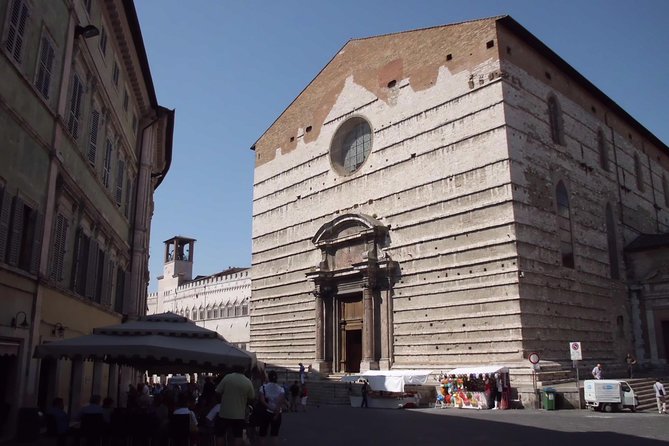 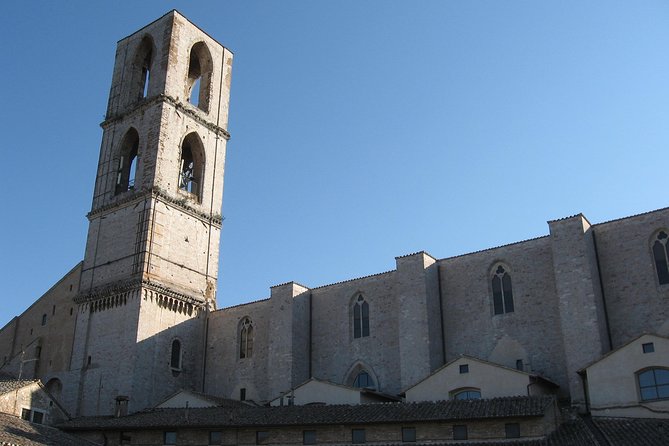 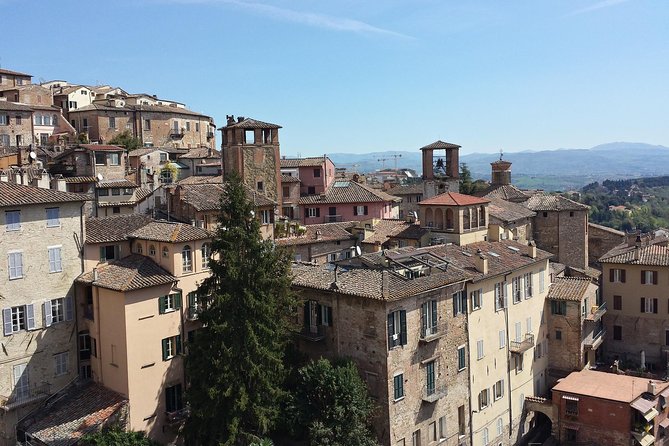 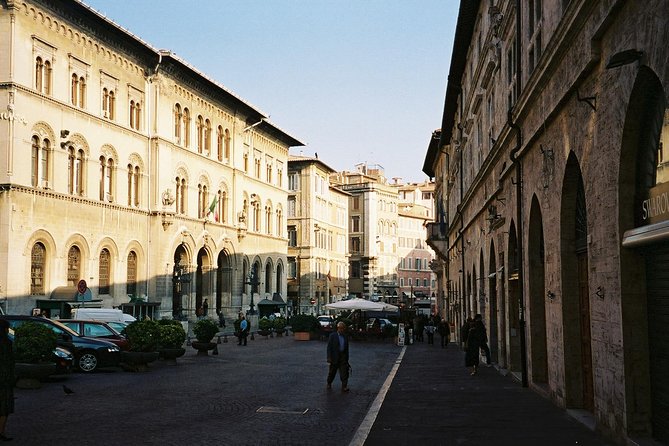 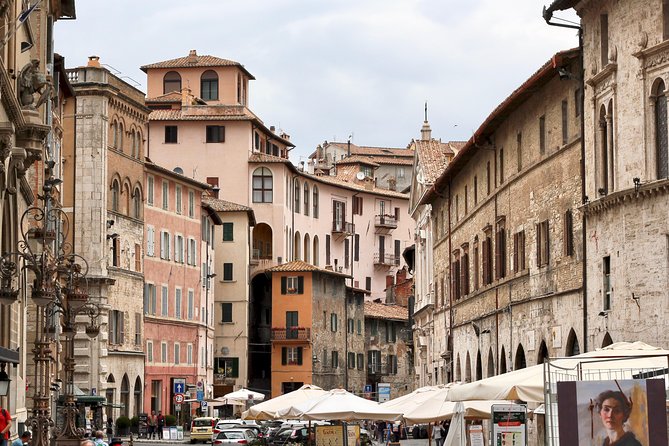 The capital of Umbria, Perugia is located on the hills of the right bank of the Tiber. Starting in Piazza IV Novembre, which is the historic center of the city, you will find the Cathedral of San Lorenzo. The tour then continues when walking through the various medieval streets and observed the ramparts of Rocca Paolina, which displayed the power of Pope Paul III.The continuation of the tour is headed to the Maggiore fountain, which was built in 1278. Our guide will introduce you to the history of the craftsmen and their role, which a Latin inscription of the fountain is imprinted. Consisting of multiple iconographies, there are 50 bas-reliefs and 24 statues.We will be making the next stop along our tour to the Palazzo dei Priori, which is the seat of the city government in the Middle Ages. This Gothic building will be explored, and when entering, the griffin and lion will be noticed in its entrance.

Organised by Florence Tours by Made of Tuscany

Private Guided Walking Tour With A Visit Inside The Cathedral

from
$89 AUD
Semi-Private Walking Tour: Streets and Squares of Rome

from
$1,240 AUD
Private Half-Day Tour by Canoe of Cedrino Lake

from
$122 AUD
Private Tour: Castro and Otranto Day-Trip from Lecce

from
$488 AUD
Tour of Rome with photo shoot

from
$251 AUD
The Sant'Antonio fires in Sardinia

from
$73 AUD
Romantic tour in Izola