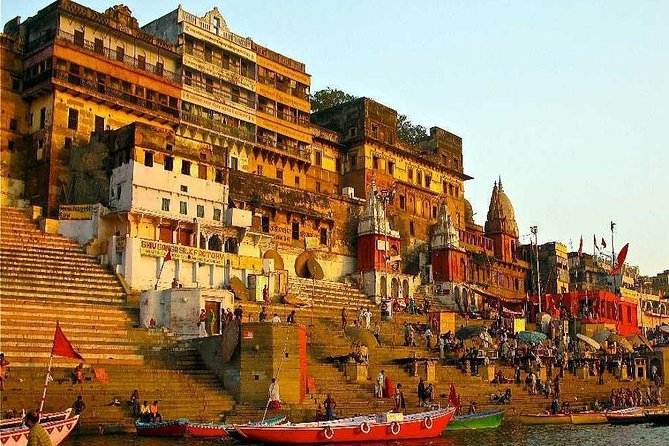 Varanasi also known as Banaras or Kashi is a city on the banks of the river Ganga in Uttar Pradesh India.Hindus believe that dying here and getting cremated along the banks of the "holy" Ganges river allows one to break the cycle of rebirth and attain salvation. making it a major center for pilgrimage. The city is known worldwide for its many ghats, embankments made in steps of stone slabs along the river bank where pilgrims perform ritual ablutions. Of particular note are the Dashashwamedh Ghat, the Panchganga Ghat, the Manikarnika Ghat and the Harishchandra Ghat, the last two being where Hindus cremate their dead and the Hindu genealogy registers at Varanasi are kept here.Buddha is believed to have founded Buddhism here around 528 BCE when he gave his first sermon, "The Setting in Motion of the Wheel of Dharma", at nearby Sarnath. The city's religious importance continued to grow in the 8th century.

from
$46 AUD
City Portraits with a Pro Photographer

from
$74 AUD
Dharavi - Mumbai's Favelas - Much More than the Slums

from
$37 AUD
Monument Private Tour from Delhi with Personal Photographer

from
$33 AUD
Photography tour of Agra with Sunrise Tajmahal

from
$41 AUD
Trekk to most beautiful lakes tarsar marsar