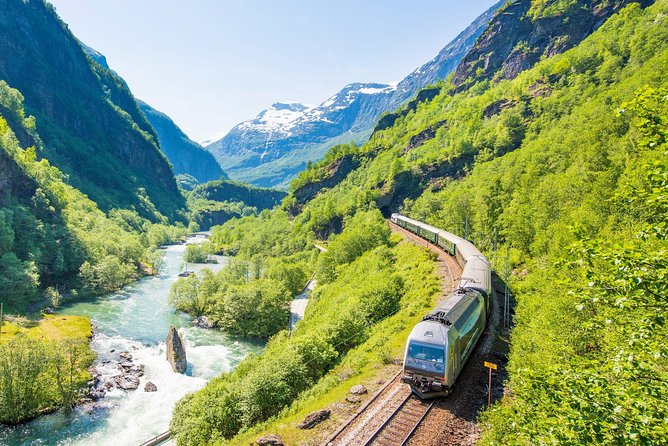 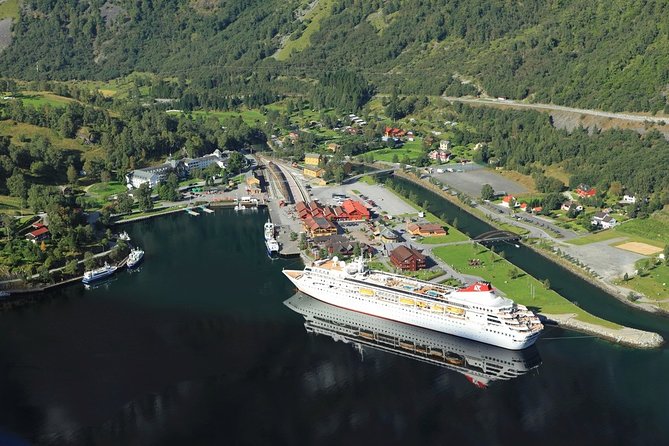 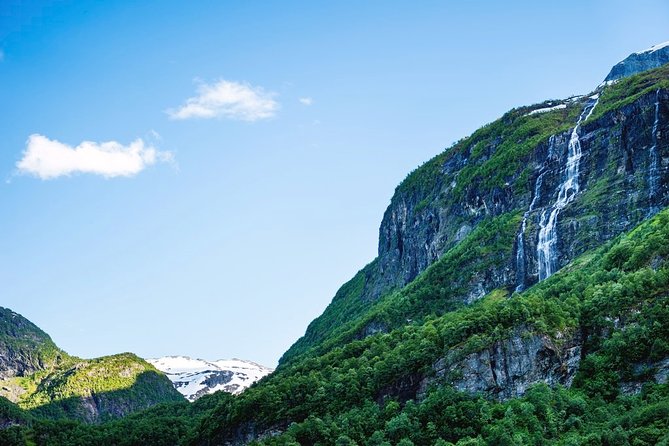 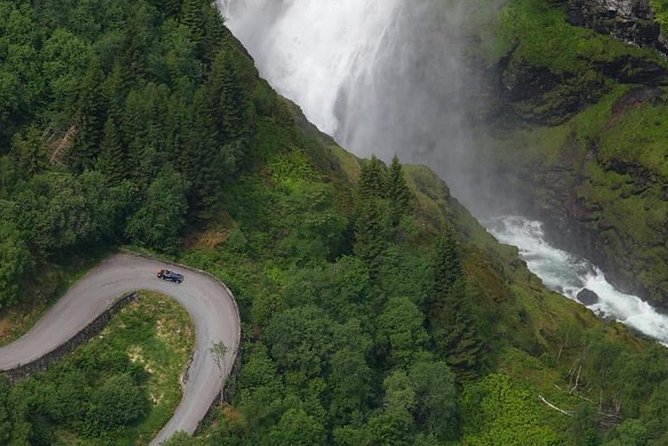 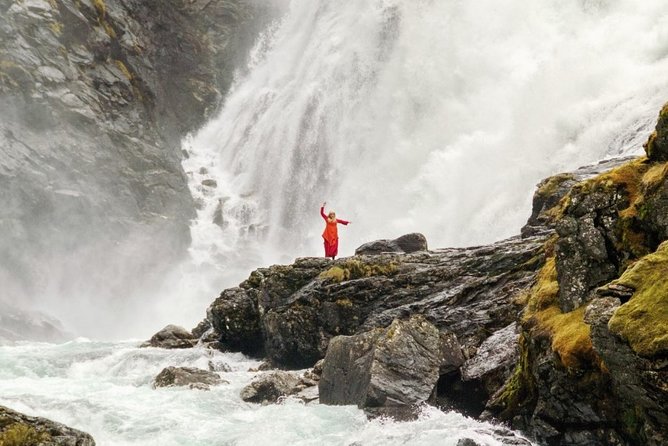 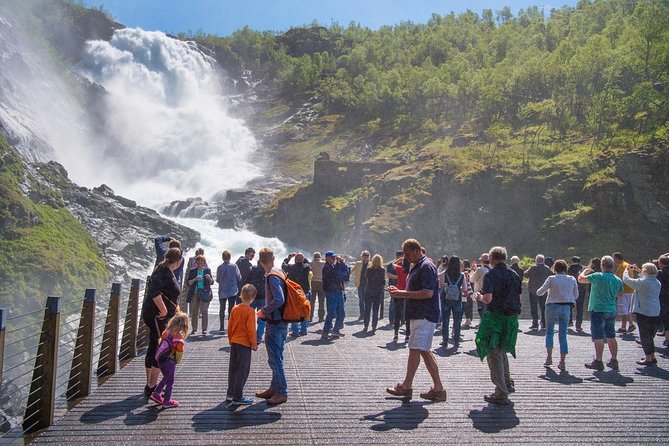 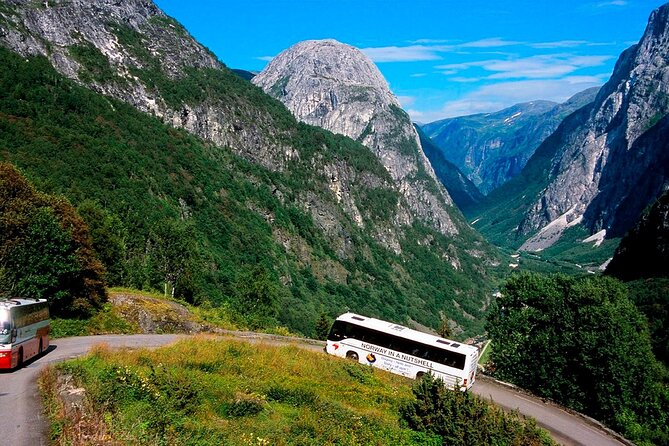 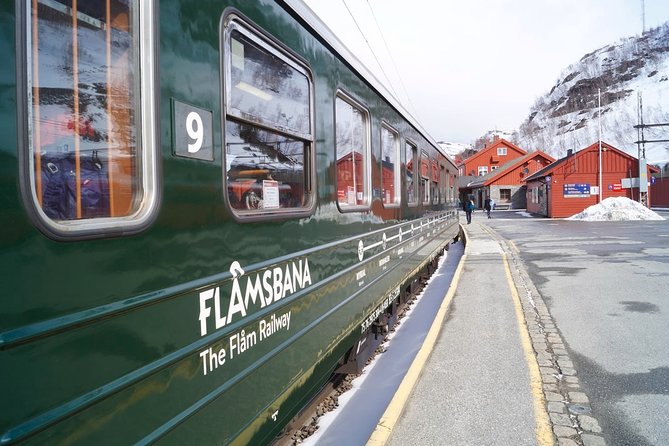 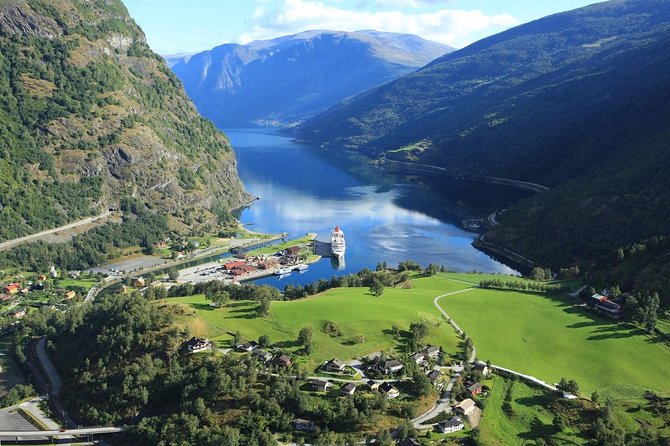 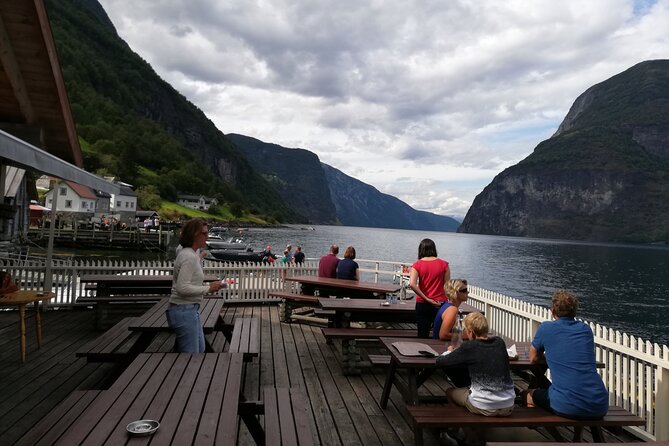 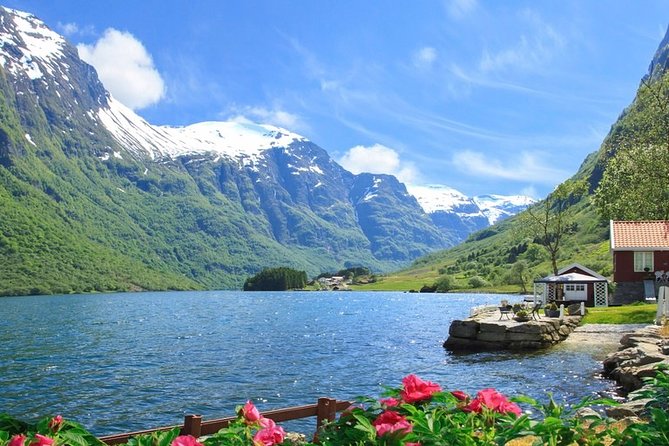 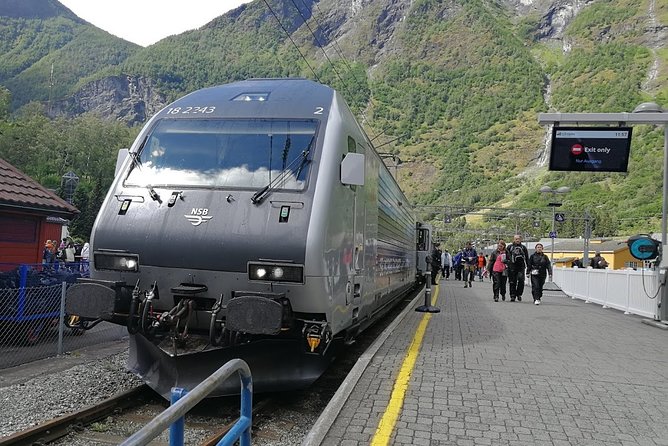 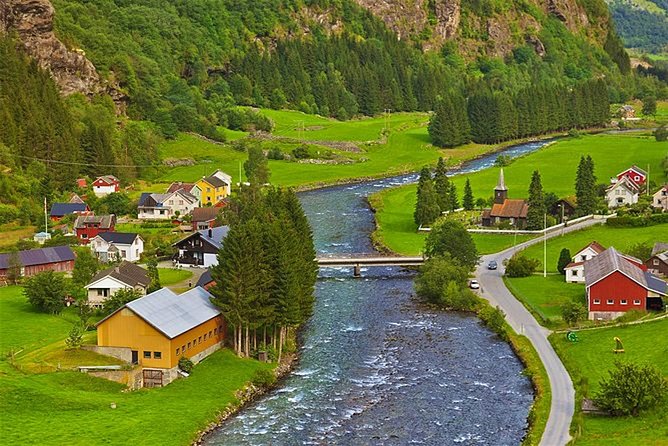 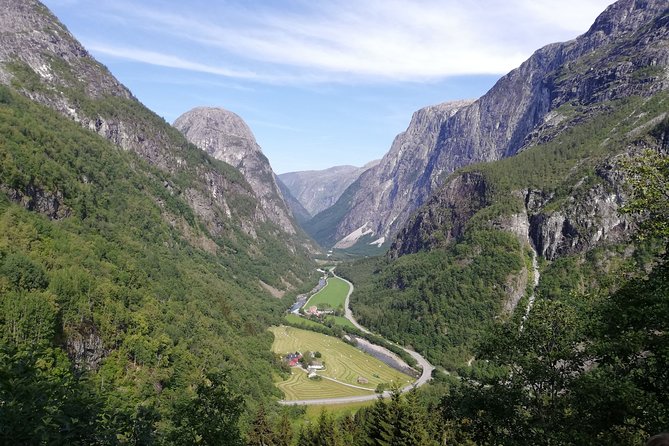 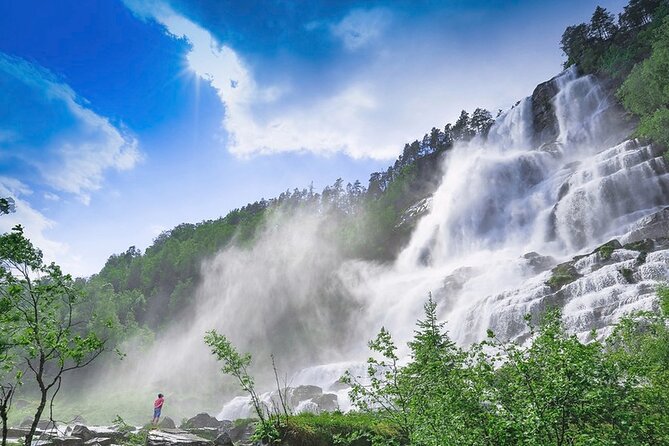 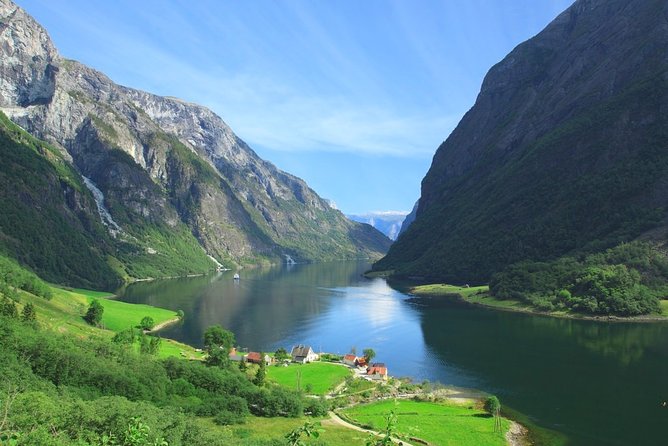 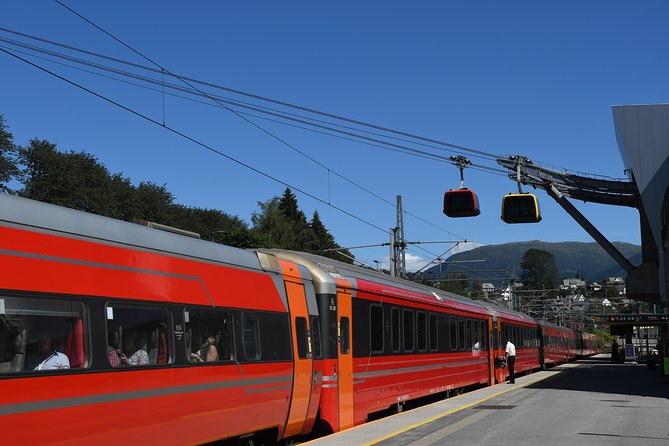 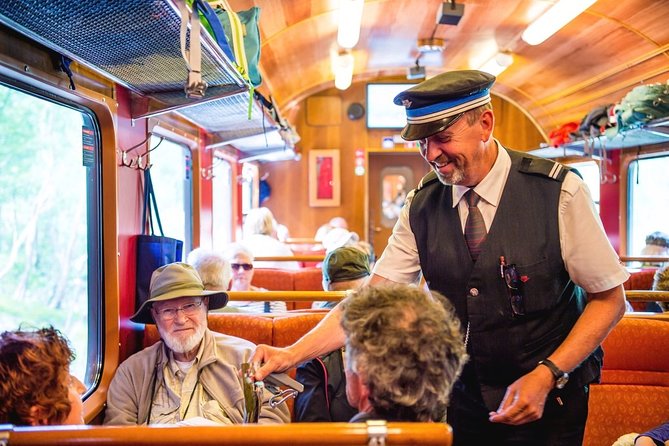 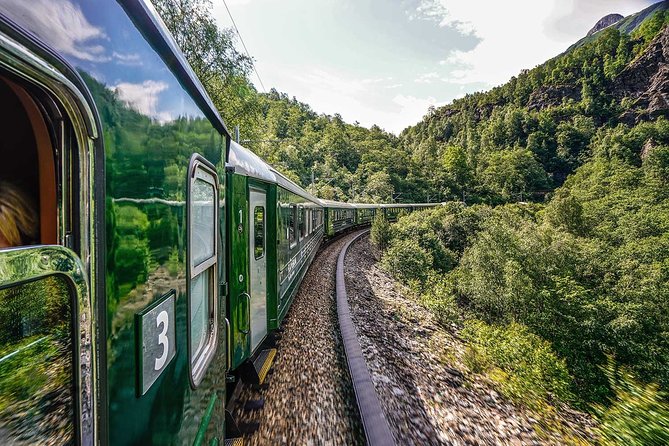 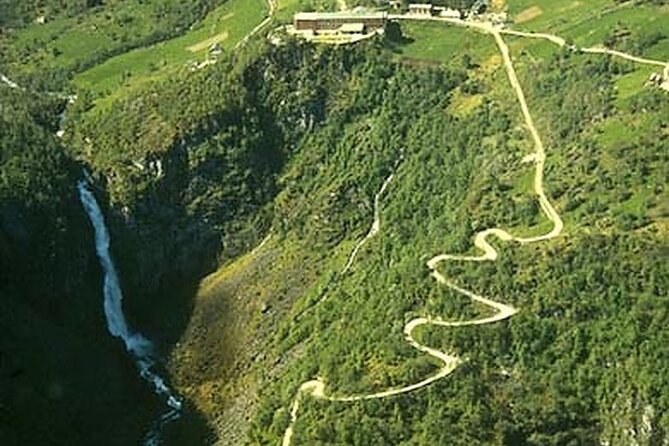 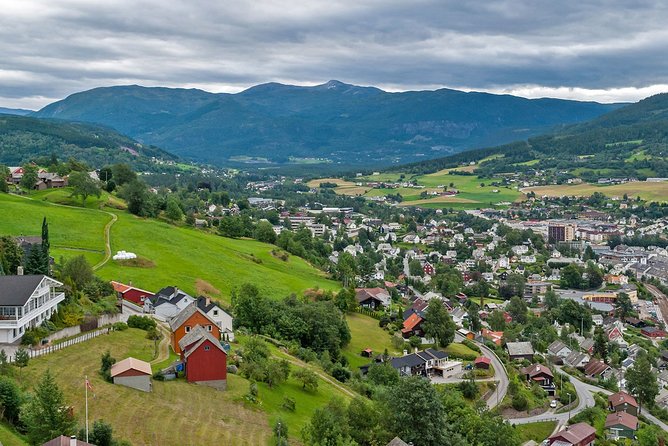 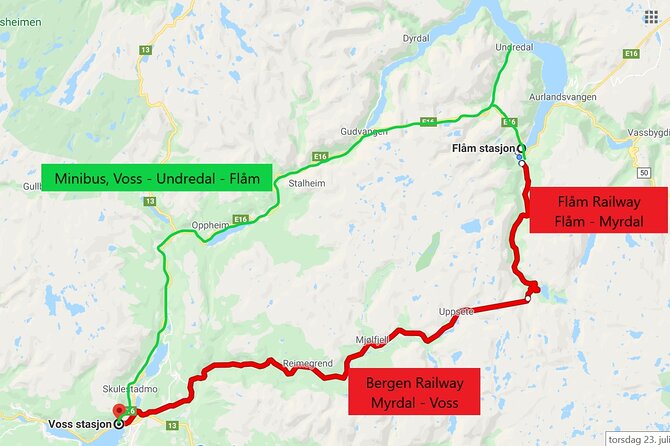 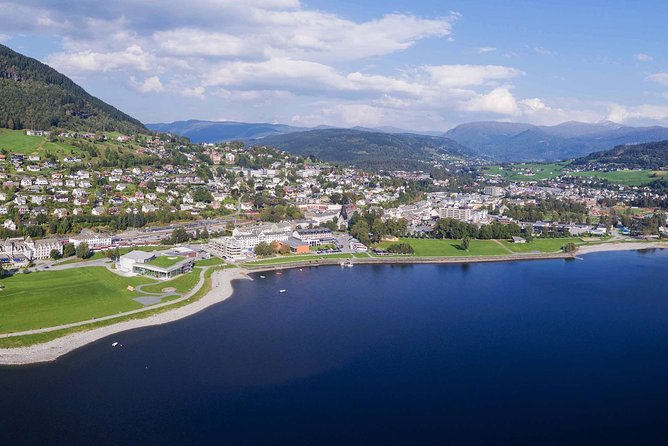 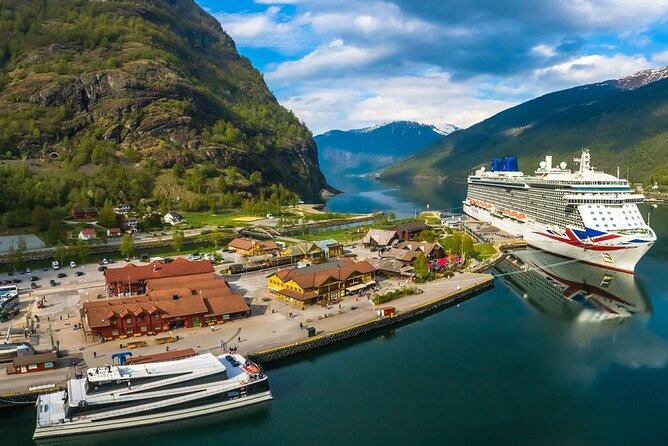 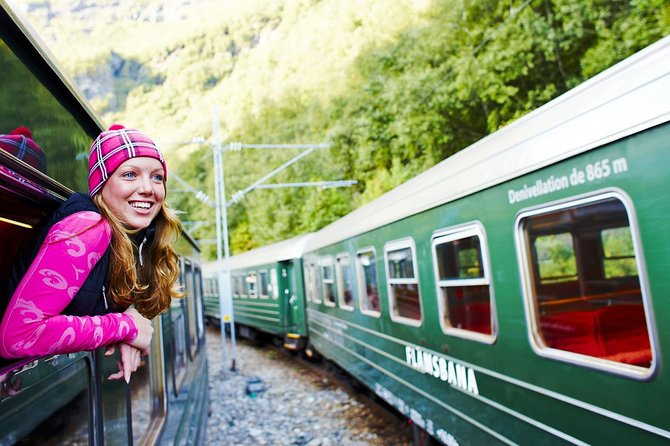 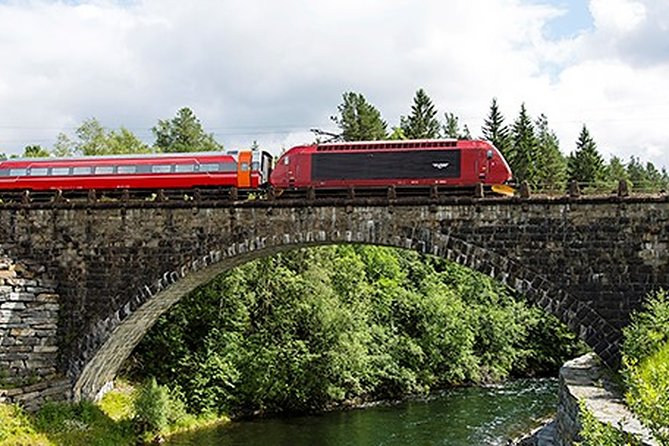 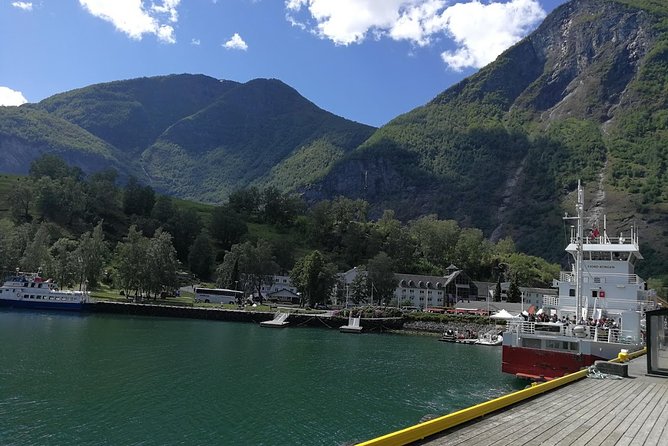 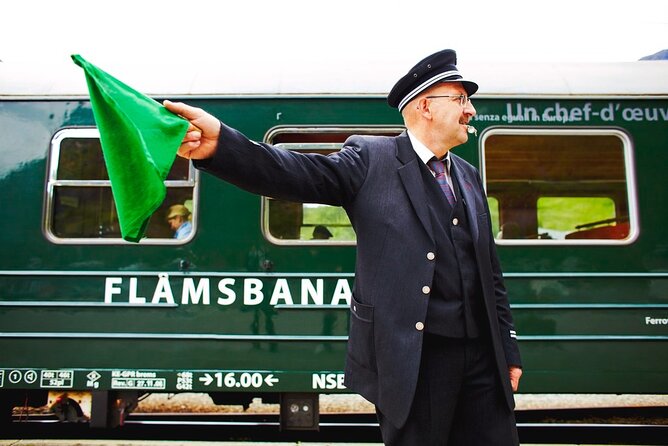 The journey starts in Flåm with the breathtaking Flåm Railway, which is one of the world's steepest railways. The 20 km long train ride gives you a panoramic view of some of the wildest and most magnificent of Norwegian mountain nature, including the famous Kjosfossen waterfall. At Myrdal station, a train changes to the Bergen Railway which takes you to Voss. From Voss the tour continues with minibus to Tvindefossen waterfall were we make a stop. In the summer months we drive through Stalheimskleiva, the 1,5 km long road section that winds down Nærøydalen valley. Next stop is Undredal, a charming little village on the shore of the Aurlandsfjord. With a population of only 100 people, but also 500 goats, Undredal is best known for the goat cheese produced the traditional way. We also visit the Stave church from 1147. The church is only 12 by 4 metres (39 by 13 ft) and has 40 seats, making it the smallest church still in use in all of Scandinavia. The tour ends at Flåm station.

Private Tour: The Fjords in a Nutshell from Oslo, 24 hr Refundable

from
$1,357 AUD
Night Reindeer Sledding with Camp Dinner and Chance of Northern Lights

from
$271 AUD
Bergen Like a Local: Customized Private Tour

from
$95 AUD
Trollstigen, The Land Of The Trolls

from
$188 AUD
Norway in a day trip - Hardangerfjord with ferry ride, lunch and cider tasting.

from
$453 AUD
Fishing Trip with Luxury Catamaran in Tromso