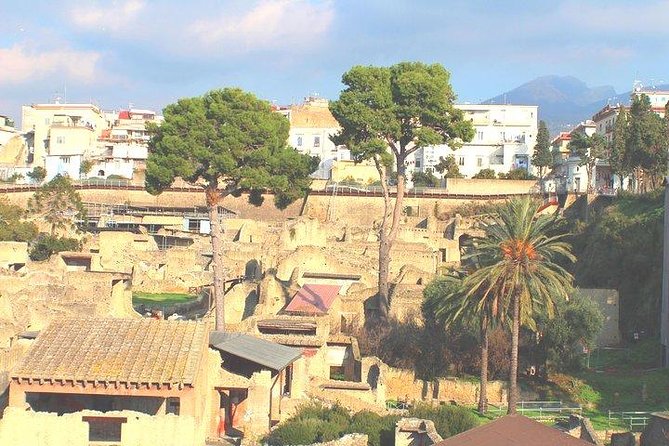 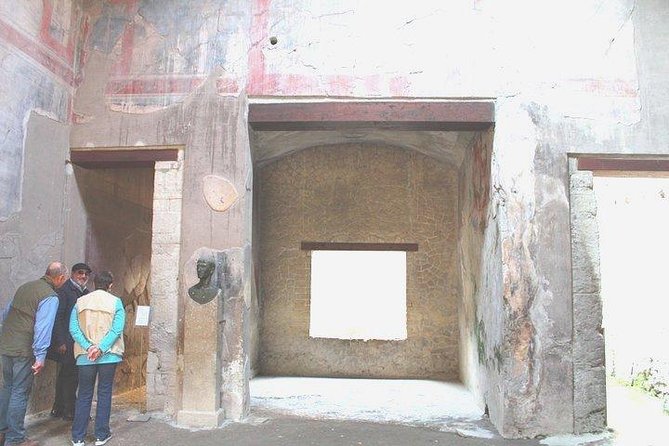 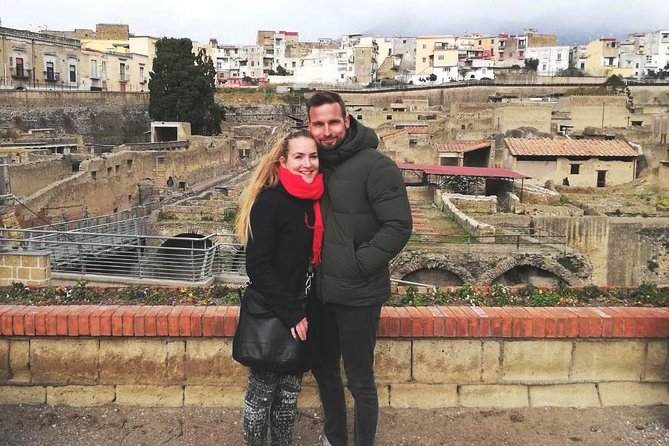 Enjoy a 2.5-hour tour into the archaeological ruins of the Herculaneum – a small city situated at the Vesuvius slope which had been buried due to a volcanic eruption in the year 79 A.C.Here, you will learn about the history of the once great Roman city, as well as ancient customs and tradition, you will also get to see breath-taking features in the city, some of which includes the "Palestra" (gym) and the houses whose walls are decorated with spectacular frescoes such as Casa di Nettuno e Anfritrite, Casa dello Scheletro, Casa dell'Alcova e Casa del salone nero.It is said that the people of the Herculaneum were richer and more educated as their power and riches reflects on the spectacular decorations of their houses, the splendor of the mosaics and frescoes, the magnificence of the furniture and the kind of lifestyle they lead in general.Skip the line and continue with your tour guide through the historic city of over 2000 years old! The small group is up to 14 people

Organised by Tours of Pompeii with Lello & Co.

from
$61 AUD
The Duomo square tour

from
$126 AUD
Seven Secrets of Bologna (and more!) Half Day Walking Tour

from
$283 AUD
Private Early Morning Tour in Vatican with Pickup

from
$405 AUD
Amalfi Coast by boat

from
$90 AUD
Rome to the Gems of Amalfi Coast: Positano, Amalfi and Ravello (max 16 people)

from
$82 AUD
Best of Vatican Sistine Chapel and St.Peter's Dome with Skip the Line Access

from
$353 AUD
Pompeii from Rome: Day Trip to Pompeii & Sorrento

from
$67 AUD
Venice from Rome: All-inclusive Day Trip with Tour of Islands included!

from
$871 AUD
Private tour: Kids in Lucca - Stepping Back in Time to the Middle Ages.

from
$242 AUD
Eat Like a Local: Food & Wine Tour of Secret Roman Streets