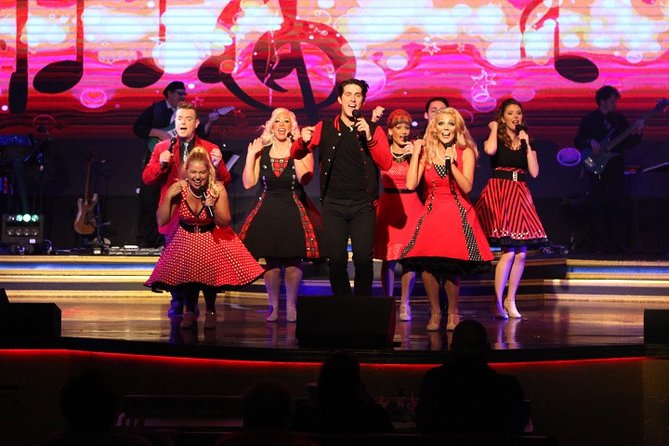 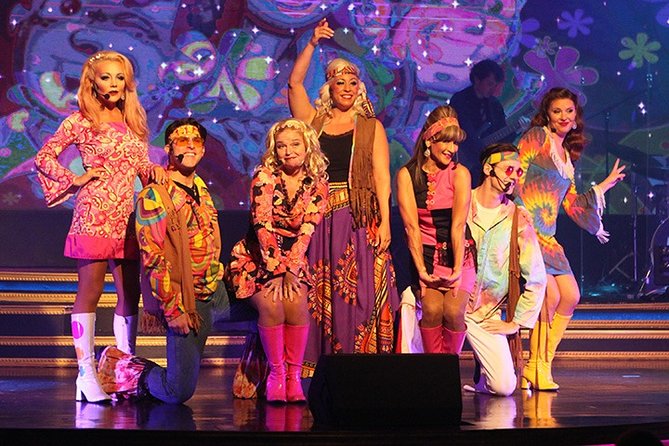 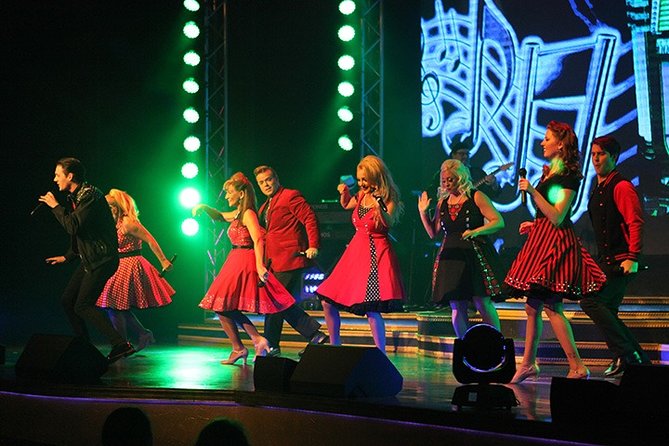 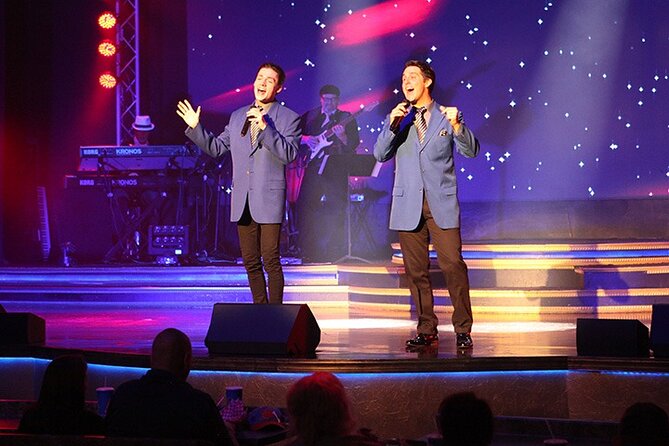 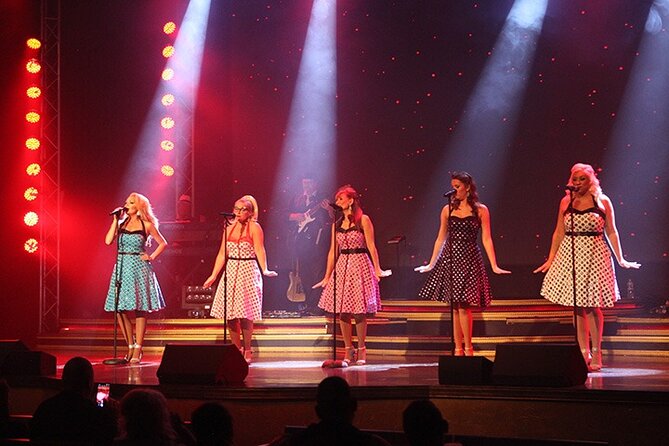 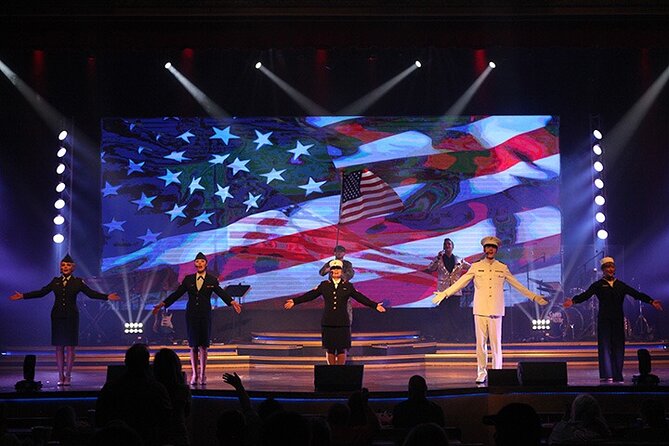 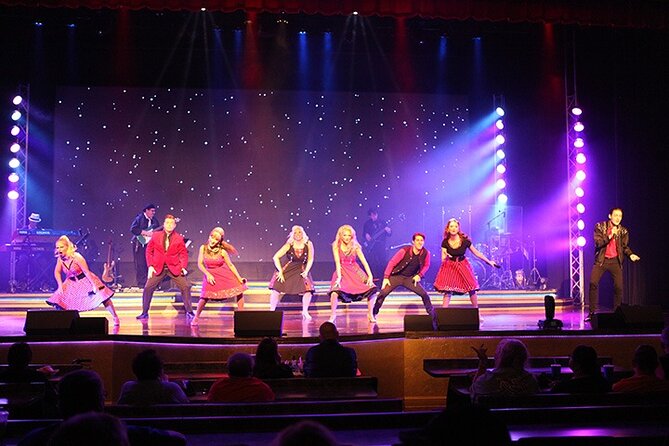 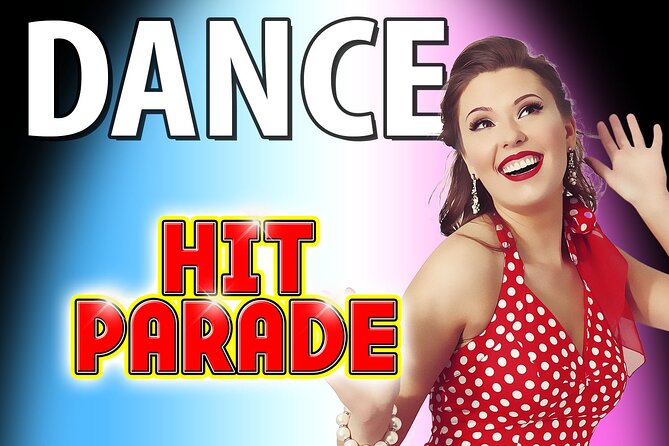 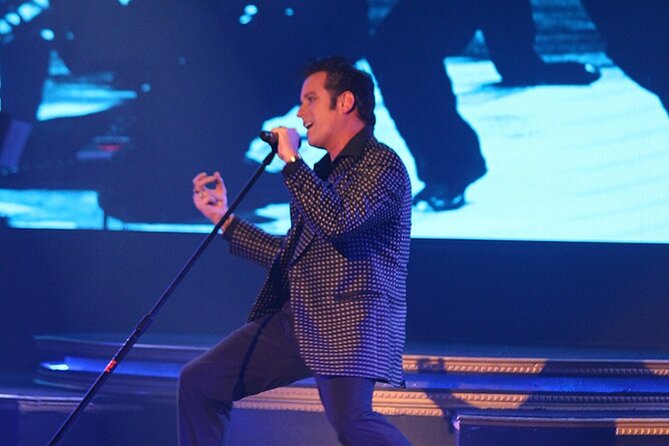 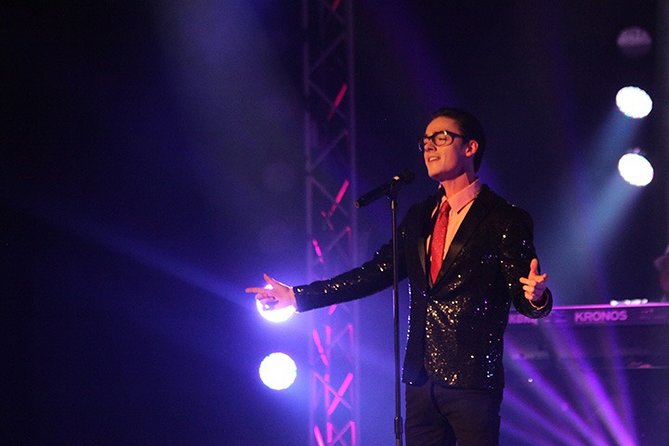 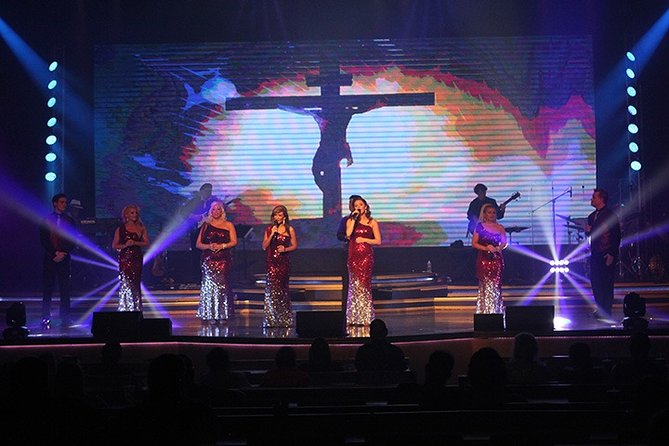 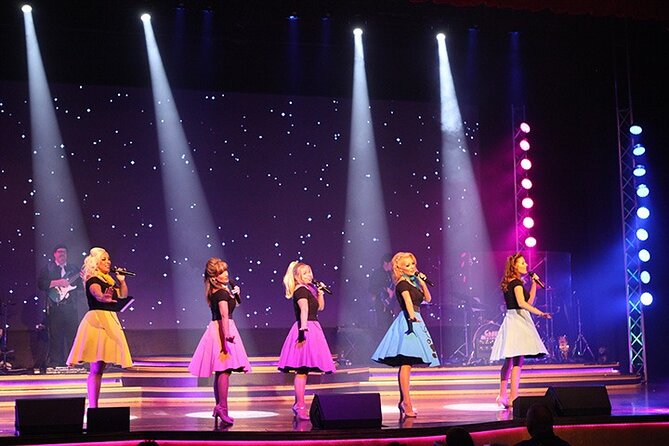 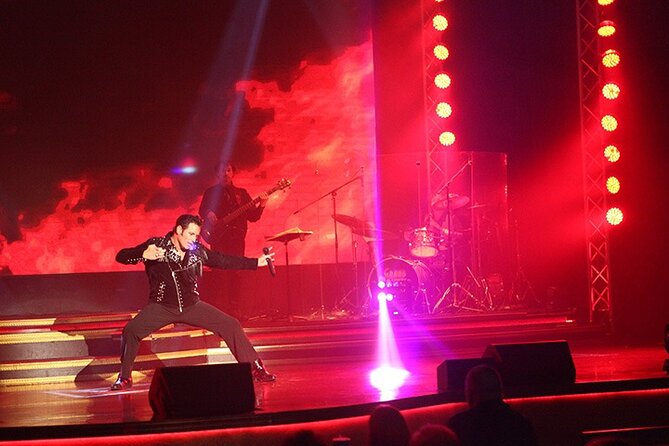 Hit Parade show in Pigeon Forge is professionally choreographed singing and dancing showcasing jukebox hits from the ’50s and ’60s, a selection of later chart toppers, plus a moving tribute to our military with veteran recognition. Enjoy a blast to the past with this highly entertaining show.Hit Parade features some of the top jukebox hits from the early days of rock-n-roll. Rock around the clock with hits from such notable groups and artists as Frankie Valli and the Four Seasons, the Everly Brothers, Neil Diamond, the Righteous Brothers, the Supremes, and Elvis Presley. You’ll be moved by our tribute to all branches of the U.S. military.The theater serves your favorite adult beverages including a selection of beer, wine, wine coolers, and moonshine as well as a variety of concessions including candy, popcorn, made-to-order hot appetizers, and more.

from
$36 AUD
Greenville Bar Hunt: Go All Out in Greenville

from
$16 AUD
Treasures of Egypt Virtual Tour in Washington DC

from
$16 AUD
Country Music Hall of Fame and Museum Admission

from
$59 AUD
Admission to Vizcaya Museum and Gardens with Transportation

from
$26 AUD
From Staten Island: Statue of Liberty Tour with Pedestal Access and Ellis Island

from
$31 AUD
Greensboro Bar Hunt: Games and Garnish in Greensboro