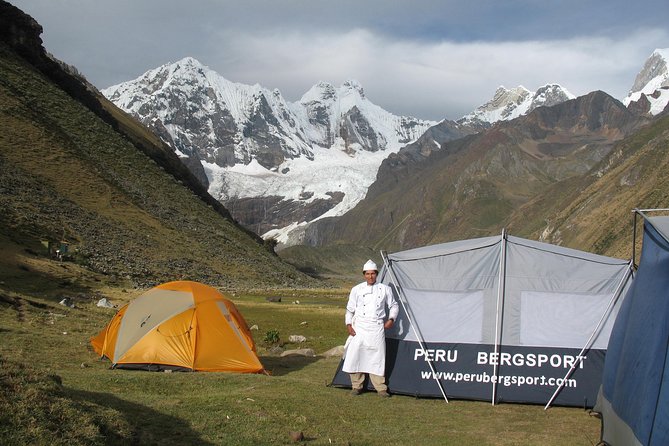 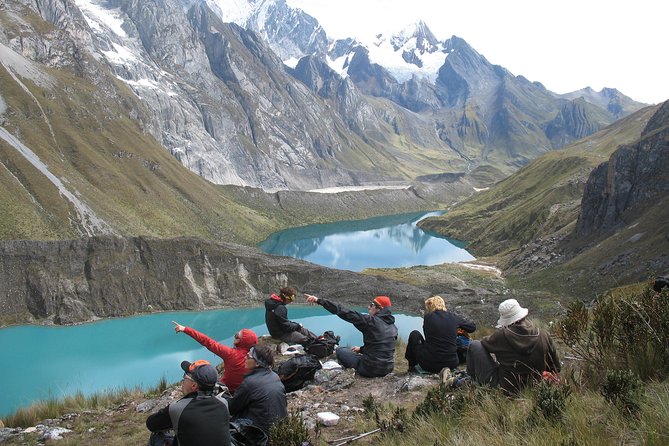 The Huayhuash range is 30km long, much more hilly and have more difficult access than those form the Cordillera Blanca, aligned north to south, the main range of some twenty peaks stretches for approximately 15km. with a subsidiary range of smaller peaks stretching out to the west for approximately 15km. six of the peaks exceed 6000m. Included among them are Yerupaja 6617m, the second highest mountain in Peru behind Huascaran at 6768m, and Siula 6344m. made famous by the film Touching the VoidThe area is barely populated at all, the nearest villages are Chiquian 3400m and Cajatambo 3375m, some mining takes place in the area, so the north of the mountains there is an unsurfaced road leading up to as high as 4750m. in 2002 the Peruvian Ministery of Agriculture declared the Huayhuash mountain range a “reserved zone” and prohibited certain economic activities, incuding any fiuture mining.

from
$263 AUD
Mountain Biking for the Inca domains

from
$107 AUD
Sunset at the Oasis of Huacachina

from
$26 AUD
From Apu Salkantay to Machu Picchu

from
$9,854 AUD
Day Tour of Ollantaytambo from Cusco