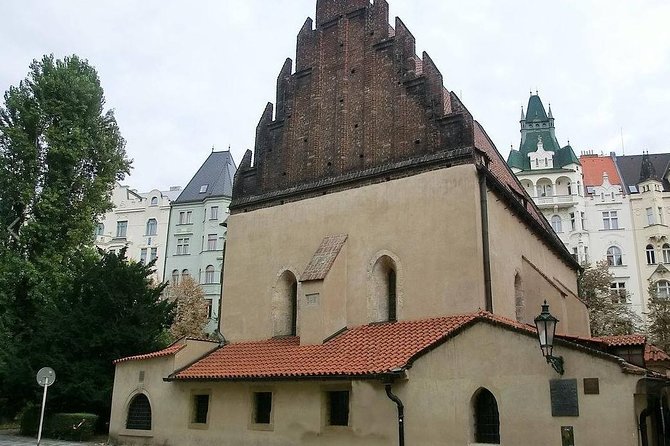 This visit will draw your attention to the past and present of the Jewish City of Prague. It is intended for those with a deep interest in the history, traditions and legends of Jewish Prague.Itinerary:1. Sinagogha of Maisel with the exposition of the history of Jews in Bohemia from the 10th to the 18th century2. Spanish Synagogha with an exposition of the history of Jews in Bohemia from 19. to 20. sec. and the display of the silver treasure of the synagogues3. Sinagogha of Pinkas with museum of Olocaust in Bohemia and Moravia during 2. world war; the exposition of paintings of children killed in concentration camps4. The Old Jewish Cemetery in Prague6. Klaus's Sinagogha with the display of objects of worship and Jewish holidays7. The House of ceremonies8. Sinagogha Vechio - New - the oldest in Europe and still in use for the liturgy of the Jews

from
$650 AUD
Walking Tour in the Gallery of Steel Figures

from
$81 AUD
Moravian Carst And Brno Private Tour From Prague

from
$16 AUD
Prague castle in details

from
$82 AUD
Legends of Prague Palaces and Gardens