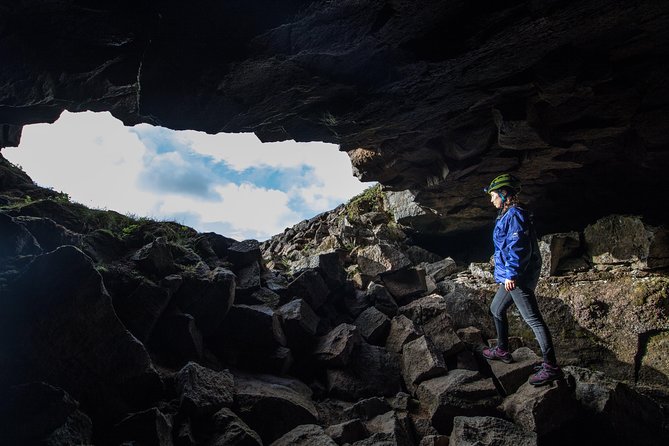 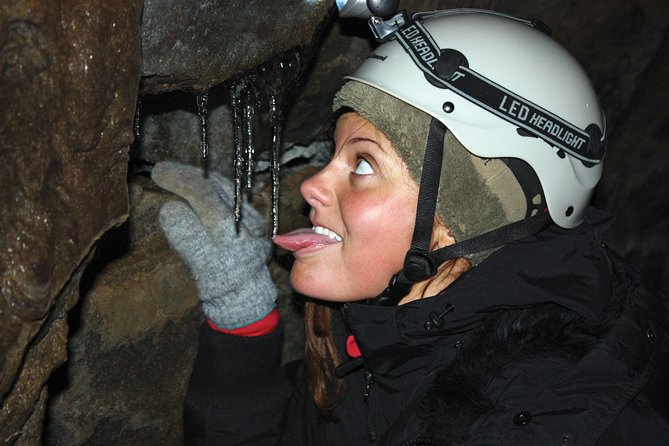 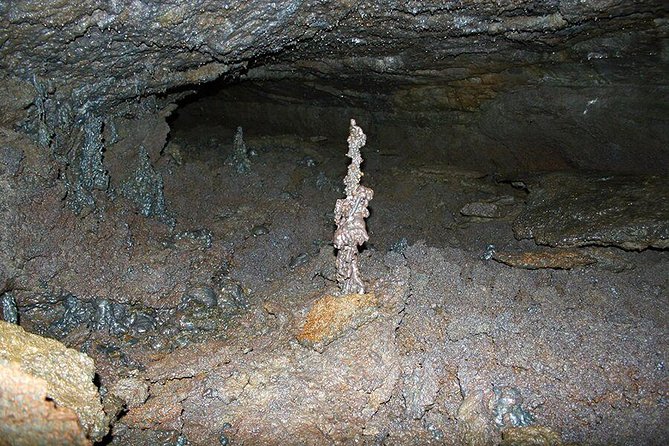 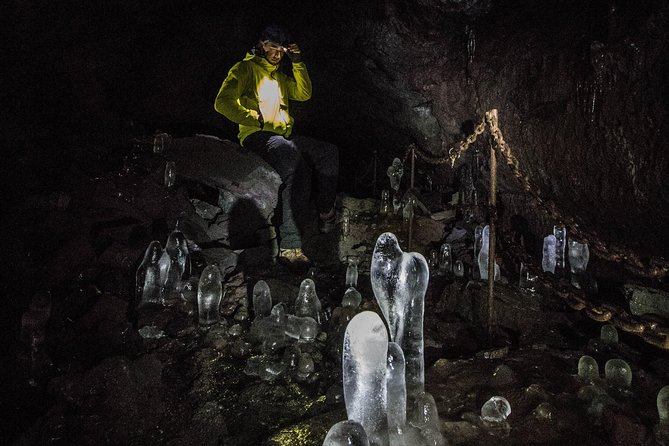 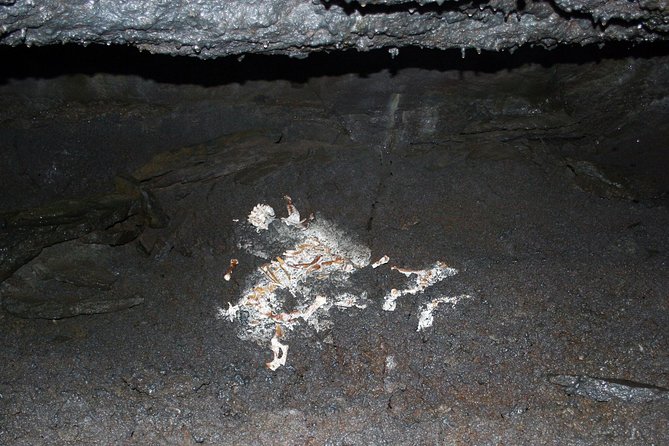 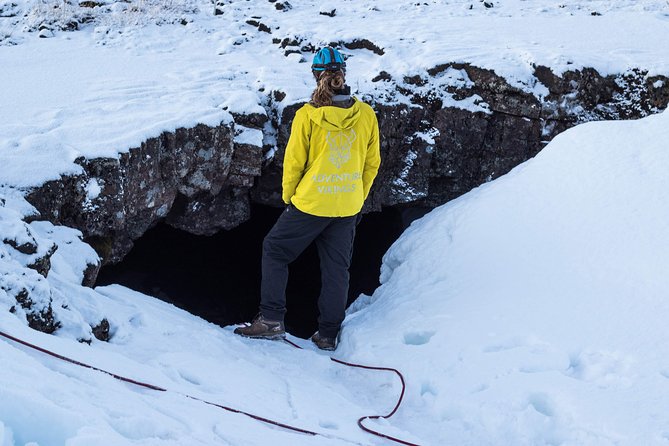 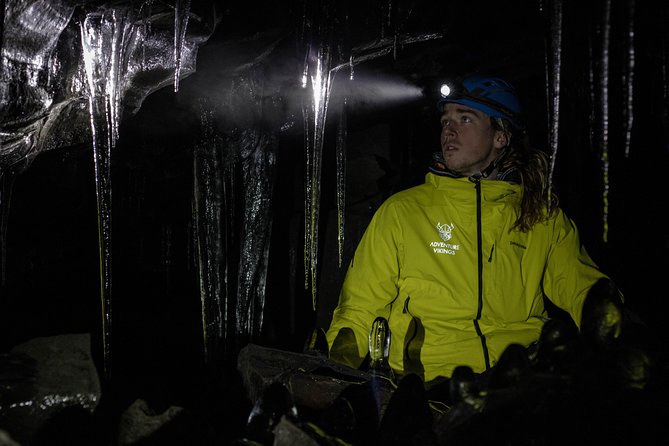 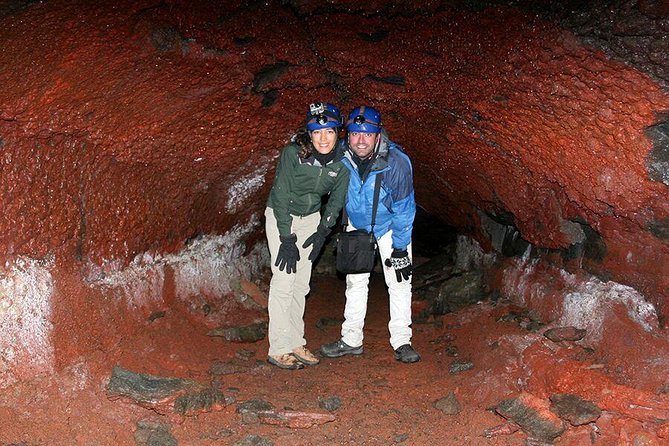 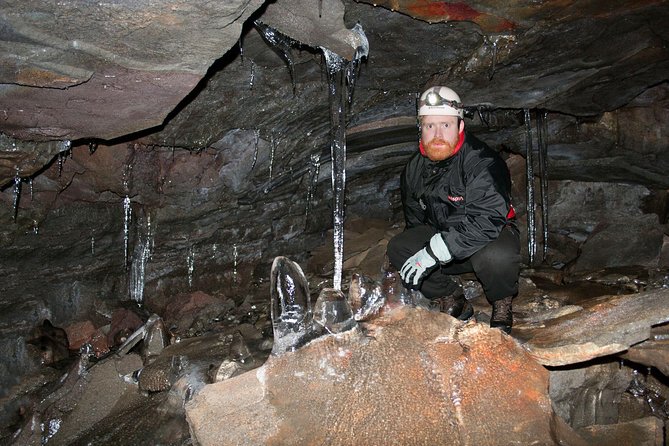 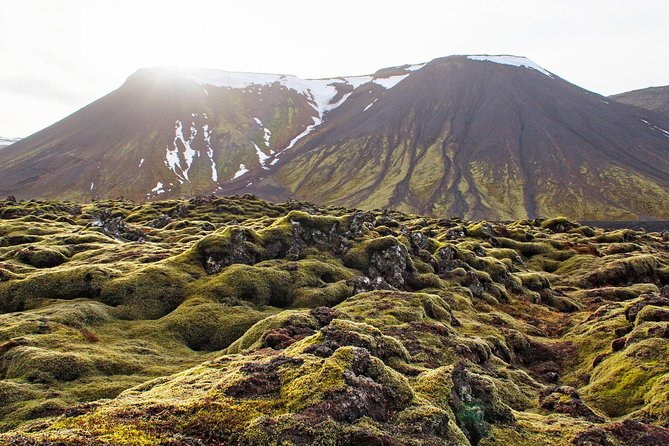 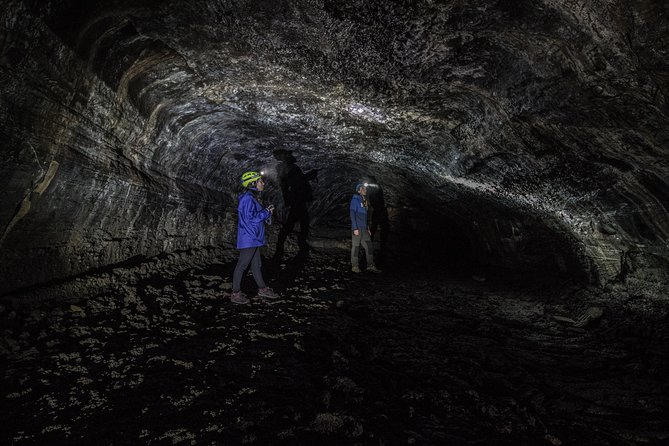 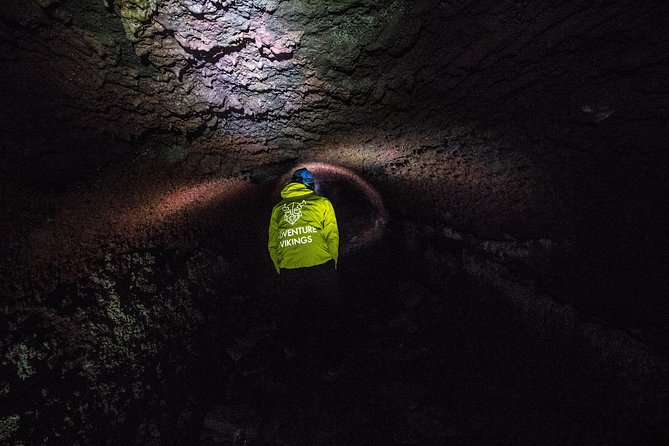 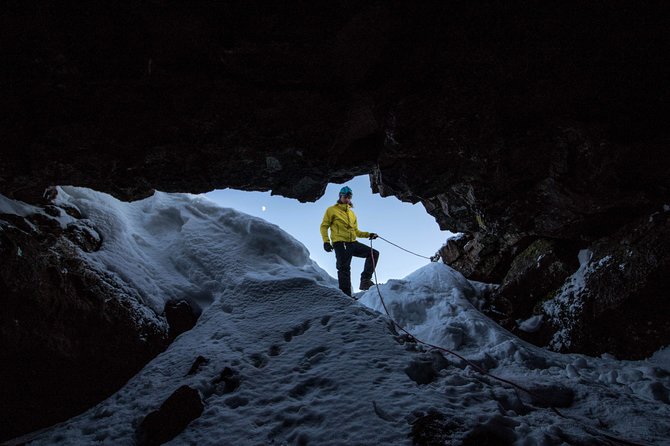 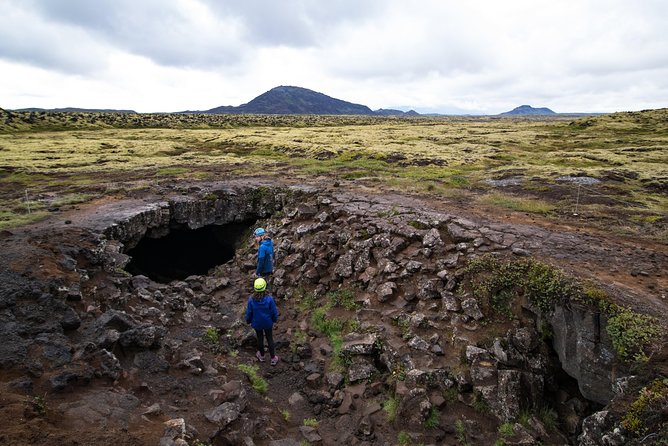 Want to see what's underneath all the lava in Iceland? Then join us and explore the hidden world of the lava fields at The End of the Road, Leidarendi Cave. Leidarendi is a pitch black, 900 meter long circular lava tube, showcasing lava formations such as stalactites and stalagmites, along with surprising colors. A lava tube is created after a volcanic eruption when the lava has hardened on the surface, but magma still flows underneath. When the flow of lava ceases and the rocks cool down, a long hollow cave is formed - this natural wonder is called a lava tube.Leidarendi is less visited than other lava tubes is because of its structure inside. It is not a cave that has proper wooden planks for walking on therefore good sturdy hiking boots are recommended. It has some optional areas where you can crawl through allowing for a more adventurous visit but there are other areas that are accessible for and easier journey and yet end up at the same place, making it a loose figure of 8.

from
$410 AUD
Jökulsárgljúfur Hiking and Sightseeing in Vatnajökull National Park

from
$1,397 AUD
Whale Watching and Golden Circle Tour from Reykjavik

from
$1,444 AUD
Private Landmannalaugar Tour by Super Jeep from Reykjavik

from
$615 AUD
Snowmobiling on Langjökull Glacier, Ice Cave and Bathing in the Secret Lagoon