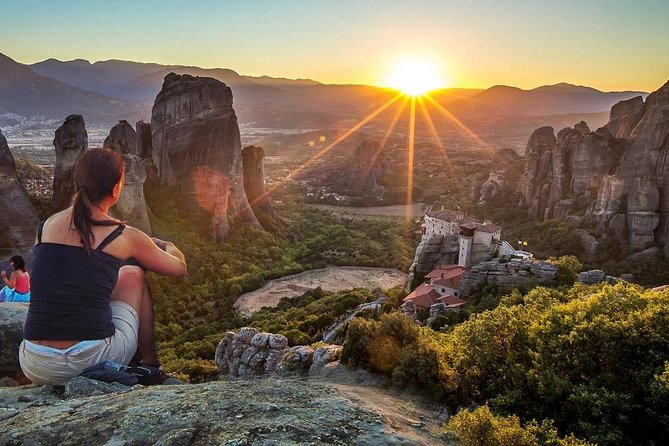 Enjoy amazing Monasteries, Varlaam and Big Meteor.The Meteora is a rock formation in central Greece hosting one of the largest and most precipitously built complexes of Eastern Orthodox monasteries, second in importance only to Mount Athos. The six (of an original twenty four) monasteries are built on immense natural pillars and hill-like rounded boulders that dominate the local area. It is located near the town of Kalambaka at the northwestern edge of the Plain of Thessaly near the Pineios river and Pindus Mountains.Meteora is included on the UNESCO World Heritage List.The name means "lofty", "elevated", and is etymologically related to meteor.

from
$207 AUD
Private Athens Walking Tour with a Personal Photographer

from
$55 AUD
Marathon Battlefield Half Day Private Tour from Athens

from
$127 AUD
Exploring the Myth of Santorini

from
$244 AUD
Visit Delphi the famous oracle! Explore the mysteries of the ancient world!