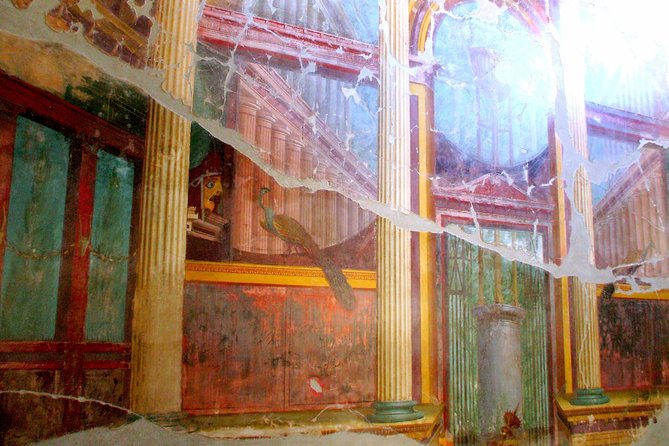 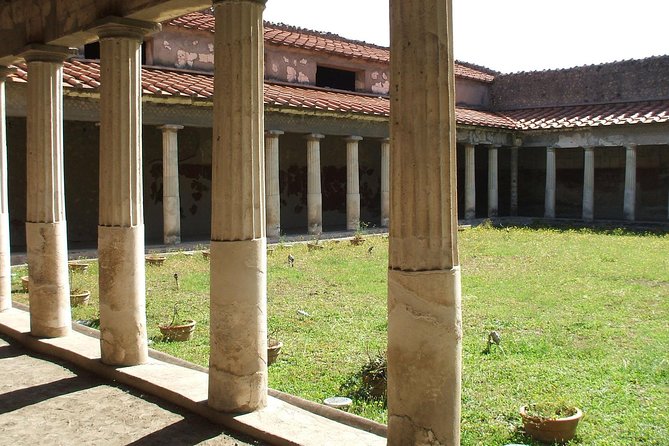 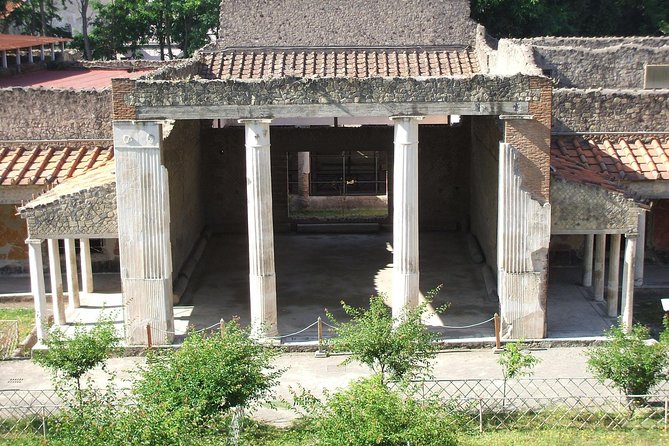 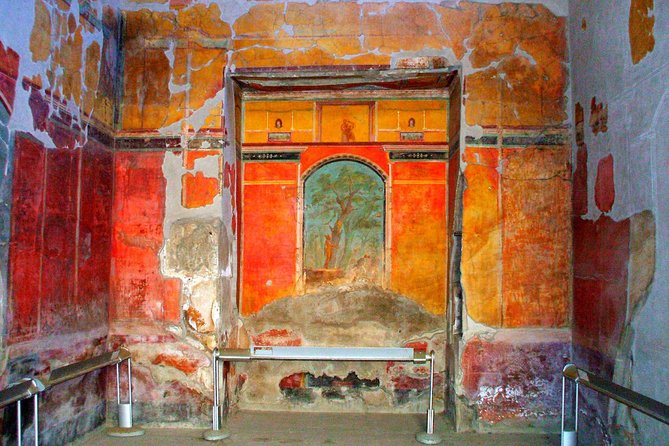 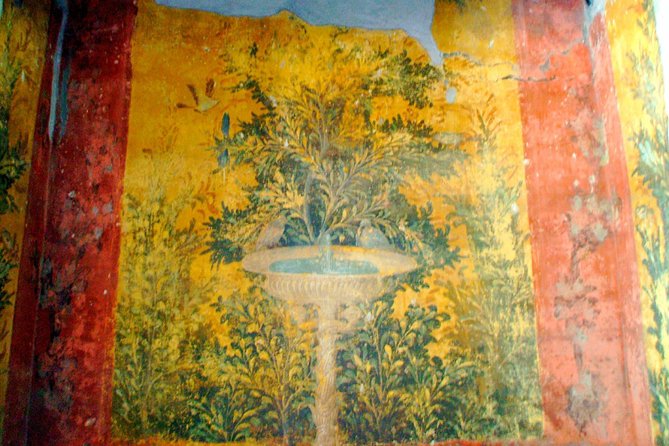 The Oplontis villa is located within the modern city of Torre Annunziata, about three kilometers from the ancient Pompeii. It takes the name of Villa Poppaea, Nero's wife, thanks to a parietal graffiti that bears the name.It is a huge villa with about ninety rooms, which was built along the coast of Campania and preserves the most extraordinary frescoes found in the Vesuvian area. The guided tour starts from the northern garden, continues in the spa area and in all the southern areas with striking frescoes in II and III style. Through a wide and long corridor you pass to the eastern peristyle surrounded by finely decorated rooms, at the center of which was built a huge swimming pool surrounded by bronze and marble statues.The structure of the villa has about 90 rooms, a huge 70-meter swimming pool overlooked by representative rooms frescoed with paintings that probably merged with planted plant elements.

Discover Turin in 60 minutes with a Local

from
$114 AUD
Full Day Pompeii, Sorrento and Positano Tour with a Driver

from
$531 AUD
Off-the-Beaten Track Messina: private tour with a guide

from
$174 AUD
Sailing weekend in Ogliastra, Sardinia - ALL INCLUSIVE

from
$732 AUD
Walking Food Tour of Milan with Tastings

from
$142 AUD
Passionate Verona - a private tour with a local

from
$16 AUD
Fountains and Fallen Angels

from
$43 AUD
Naples Walking Tour with Pizza and Sfogliatella Tasting

from
$227 AUD
Villa Cimbrone in Ravello and Pompei