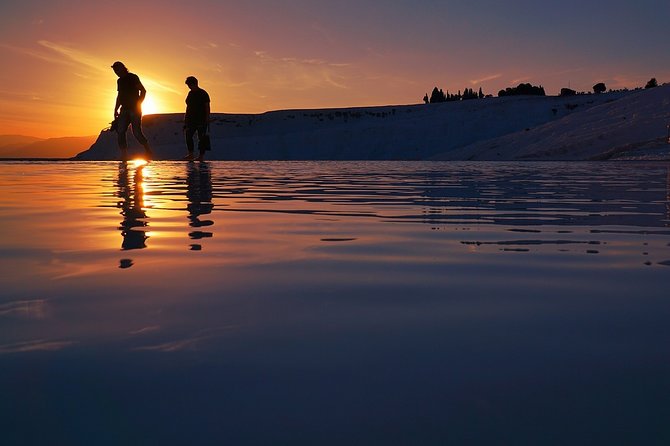 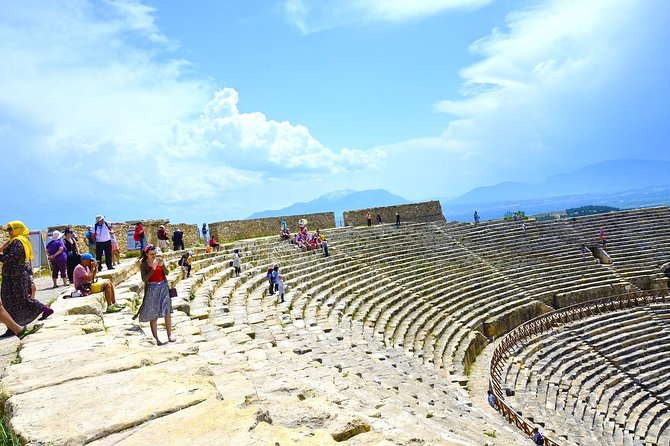 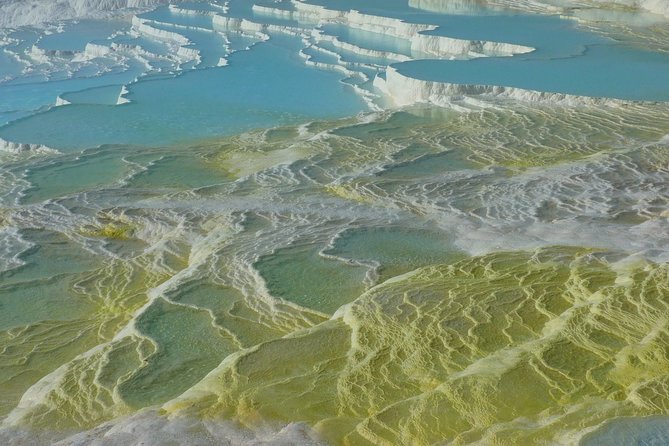 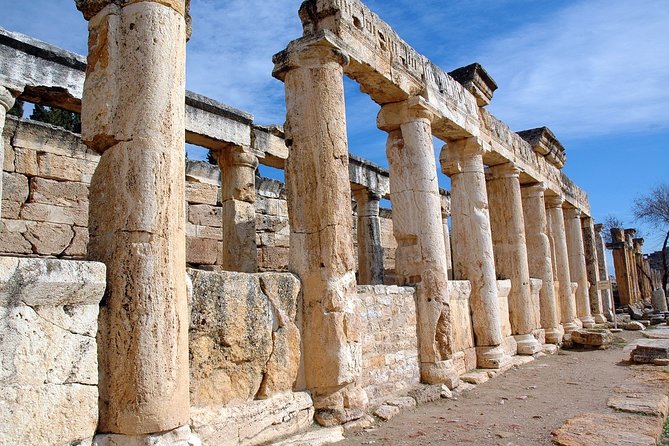 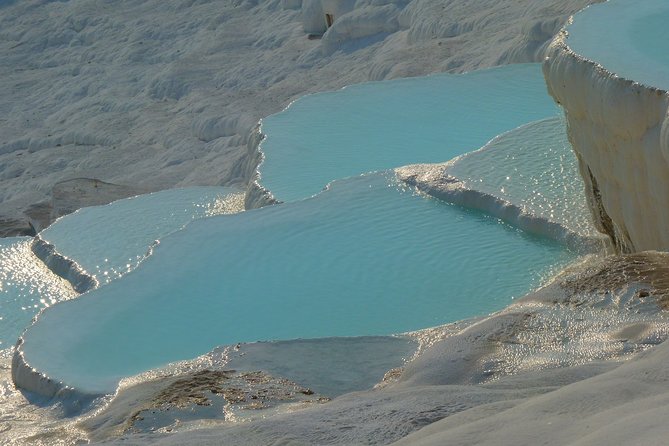 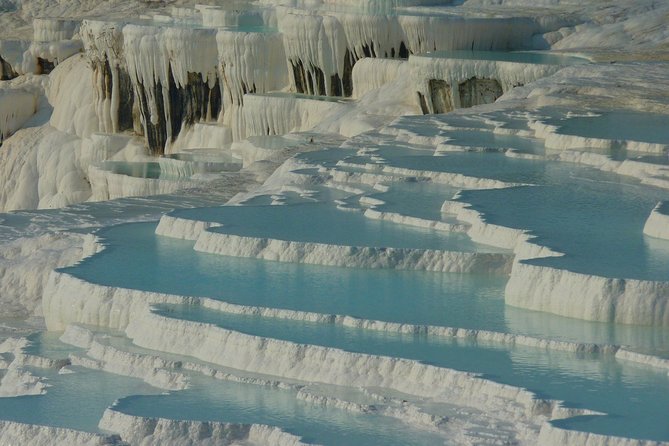 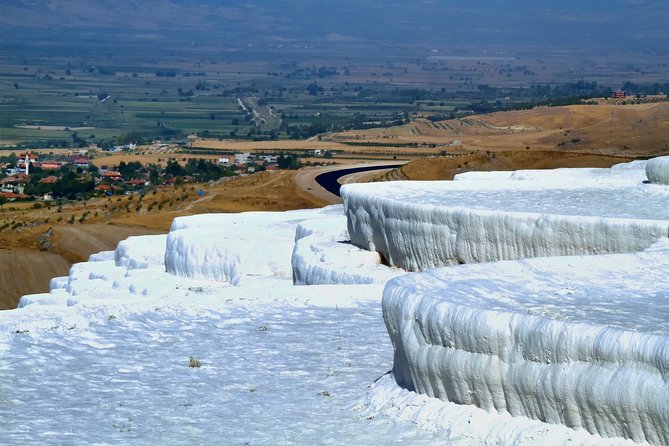 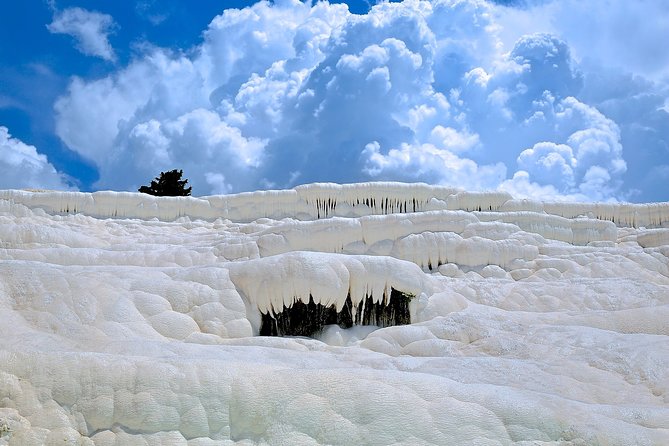 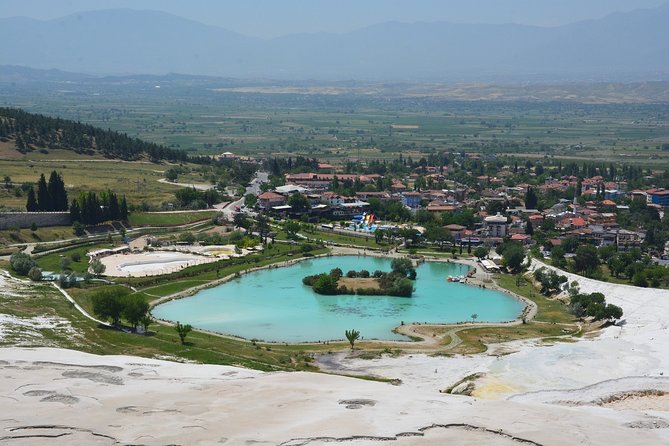 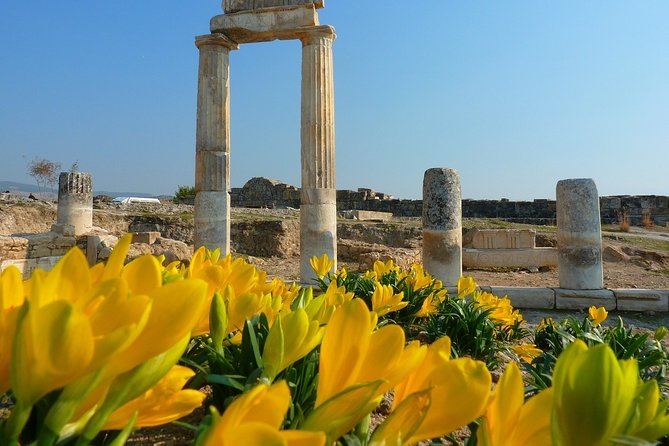 This tour enables you to combine history and nature as you drive to Pamukkale (the Cotton Castle). This uniquely beautiful and spectacular natural site will make you feel like you're in a fairytale with the dazzling white petrified cascades surrounding thermal spring water laden with carbonate minerals. The cascades plunging down the mountainside have created this natural formation of stalactites, cataracts and basins. The thermal water has been used since the Roman period for its therapeutic powers. You will visit the Roman city of Hieropolis. In Hieropolis you will see the Temples of Apollo and Delphi, a 4th Century Basilica called Monumental Nymphaeum and the Theatre. After visiting the well-preserved Necropolis, return to Kusadasi or Izmir. Lunch is included with this tour.

from
$249 AUD
Athens Layover Tour: Make the Most of the City in 3 Hours

from
$53 AUD
Tour Santorini with a professional photographer

from
$305 AUD
Royalty Meteora One Day Trip from Corfu

from
$169 AUD
A Athens unique private journey. Take a shore excursion from your cruise ship.

from
$389 AUD
Swimming Experience in Vouliagmeni with Sounion Sunset Tour

from
$458 AUD
Rhodes Meet the locals - Traditions and Foodie tour

from
$259 AUD
Santorini by Night with Wine tasting