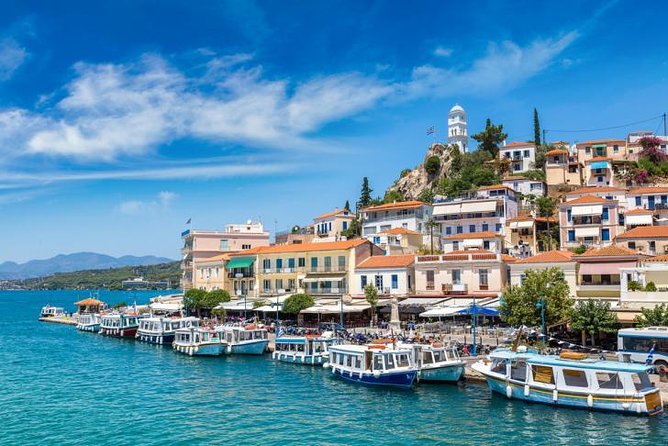 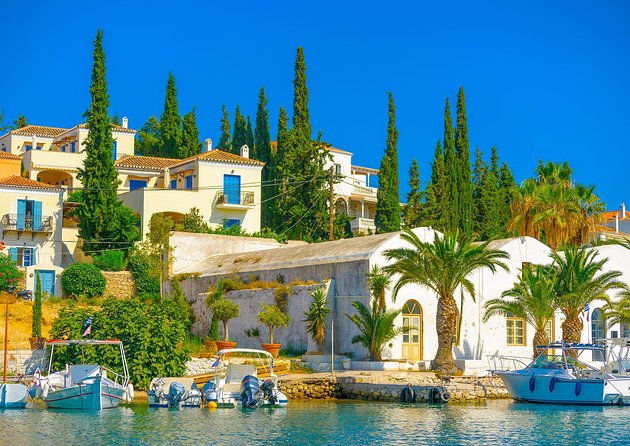 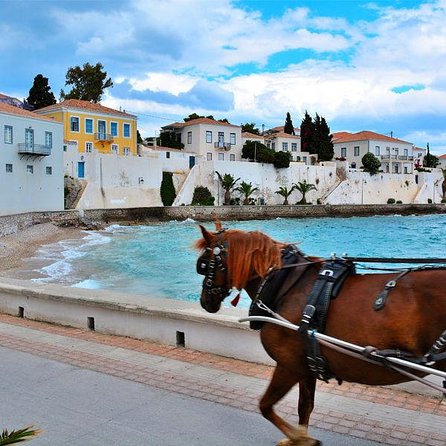 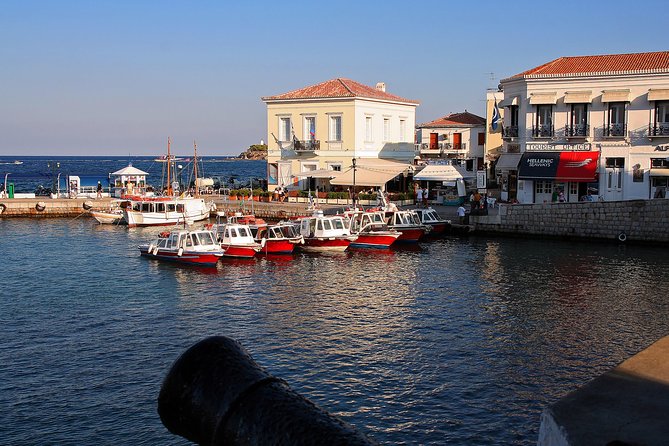 Instead of just transferring you to Piraeus Port to catch the ferry, you will have the chance to kick back and enjoy the drive along the Saronic Gulf to the edge of Argolic region. We will catch the ferry to cosmopolitan Spetses from the port of Kosta. Boasting a naval tradition, SPETSES is known for her significant contribution during the 1821 War of Independence against the Ottoman Empire!A serene idyllic spice island, feeling like the French Riviera, you will be enchanted by the neoclassical houses and villas, doomed churches fringed by cafes, traditional tavernas lining the road and stylish boutiques!Take a romantic trip around the island on a horse-drawn carriage admiring the grand mansions adoring the narrow cobbled streets. Dapia,the main port is surrounded by cannons and provides a romantic place for a day coffee or an evening drink. You will enjoy long promenades both in the sea and country side.  The smell of the sea and the secluded beaches will therapeutically captivate you!

from
$182 AUD
Private tour from Thessaloniki to Meteora

from
$372 AUD
3Days Private Tour to Corinth Canal,Corinth-Myceane-Nauplion-Olympia from Athens

from
$202 AUD
The Legancy Of Ancient Olympia Private Tour

from
$56 AUD
The Triangle of Ancient Temples Private Tour

from
$456 AUD
Private Sightseeing in Athens By Night

from
$1,057 AUD
Private tour to Albania from Corfu

from
$89 AUD
A Segway Journey: Athens Tour From The Ancient Past To The Present