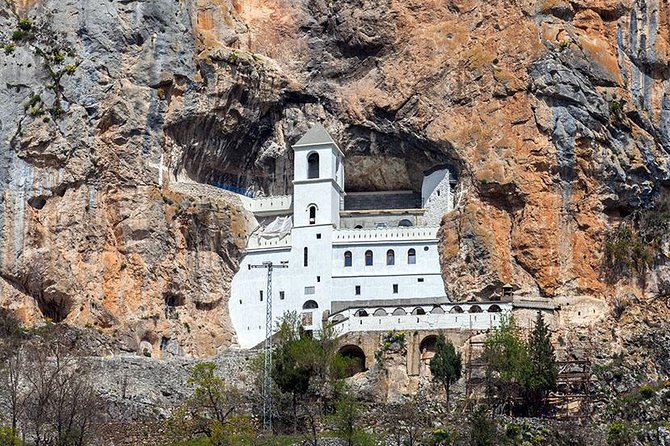 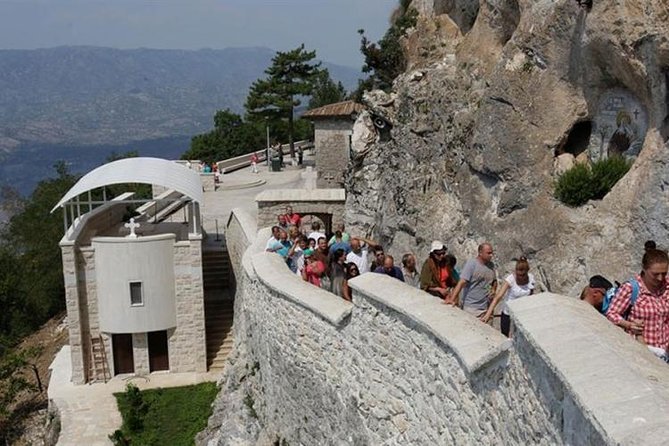 Ostrog monastery is situated in the rock at 900 meters above sea level between Niksic and Podgorica, in Montenegro. Only during the summer months: in July, August and September, between 250.000 and 300.000 worshipers and visitors visit this monastery, making it one of the largest Orthodox shrine, not only in the Balkans, but also the whole of Europe. The monastery was declared a UNESCO valuable cultural goods in which there are frescoes from the 17th century. In monastery there is grenade from World War II from the time of the German bombing, which fortunately did not explode although earlier broke through the fence and wall of the church of the Holy Cross.

Panorama of Dubrovnik with double-decker bus

from
$1,876 AUD
Tour to the PLITVICE LAKES in PORTUGUESE, in a small group of up to 7 people

from
$194 AUD
Flavours of Dubrovnik: Wine and Bites Safe & PRIVATE Tour with a Local Expert

from
$163 AUD
Private day trip to Rovinj from Zagreb

from
$651 AUD
Mostar, Kravice Waterfalls and Blagaj Private Tour from Dubrovnik by Vidokrug

from
$854 AUD
Private Tour to Krka NP from Sibenik, including admission fee