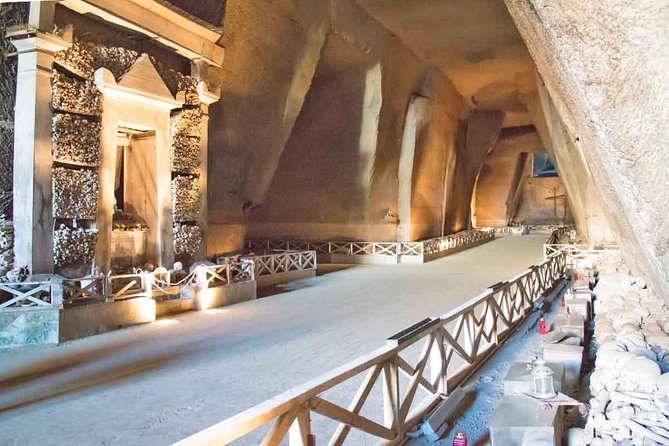 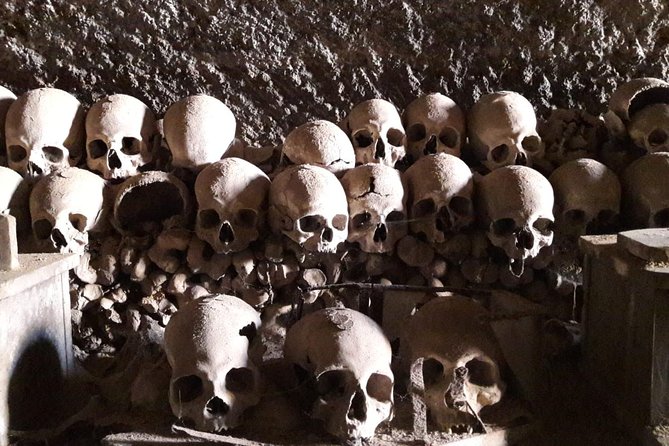 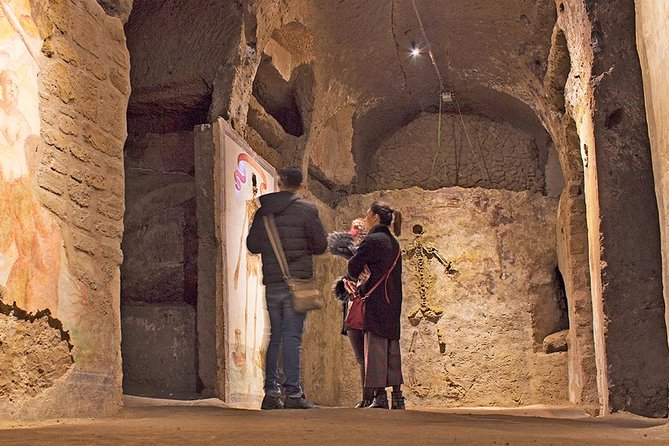 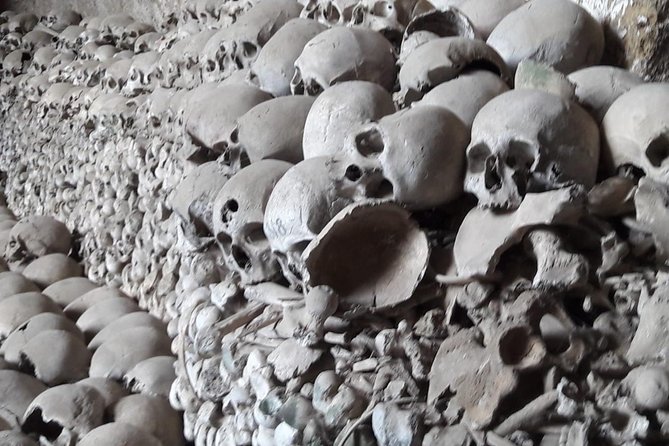 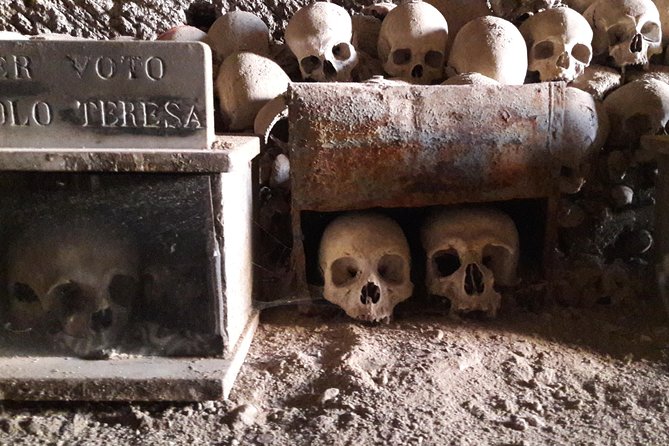 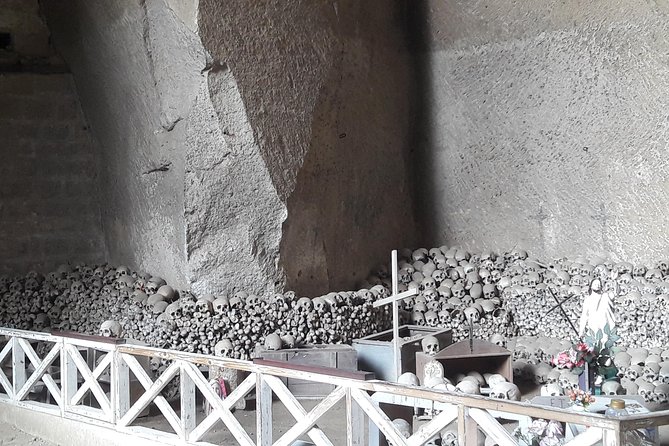 The Mater Dei district houses one of the city's jewels of the city, the Fontanelle Cemetery, which was carved out of a natural tufa cave just outside the walls of the Greco-Roman city.The cave was used as a cemetery when in 1656 a severe plague raged in the city making numerous victims, and the bodies continued to be stored during other epidemics during the following centuries.During the last century the bones preserved here have been the subject of a widespread rite among the Neapolitan people, that of the "pezzentelle souls" (poor souls). People adopted a skull of which they did not know the story and took care of it, hoping that this could help him with graces and intercessions and that, in a dream, reveal his story to him.The guide will tell you in detail this tradition and why the Neapolitan people is so fond of this place, as well as the legends that hide behind some of the skulls preserved here.The Sanità district offers much more with its baroque churches and buildings.

from
$155 AUD
Prosecco tour and relaxing spa treatment. From Venice.

from
$164 AUD
Taste of Chianti: Tuscan Cheese, Wine and Lunch from Florence

from
$74 AUD
Pietramontecorvino private tour: one of the most beautiful villages in Italy

from
$343 AUD
Portoferraio, the fisherman village chosen by Etruscans, Medici and Napoleon

from
$730 AUD
Bike and wine in the inland of Venice

from
$98 AUD
Pompeii&Naples: Full Day Tour with your Local Guide

from
$256 AUD
Best of Rome by Night Walking Tour

from
$954 AUD
I Tour with the Archeologist: Private Tour of the Valley of the Temples at Sunset