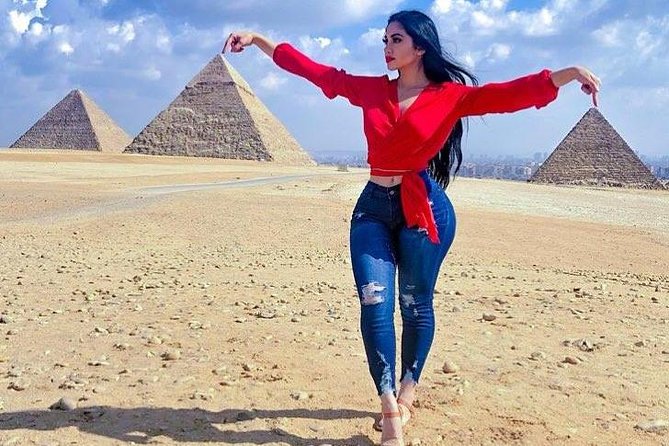 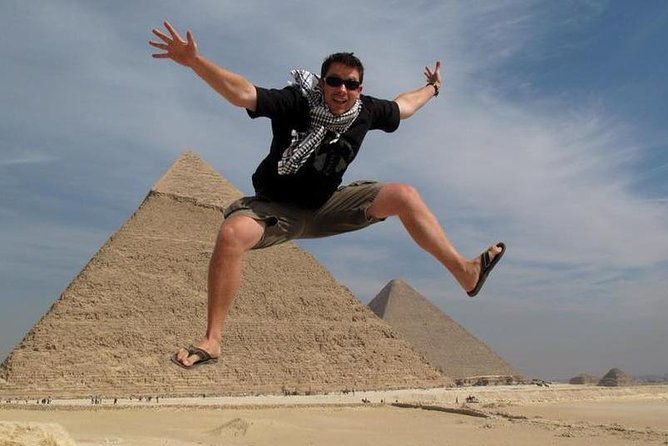 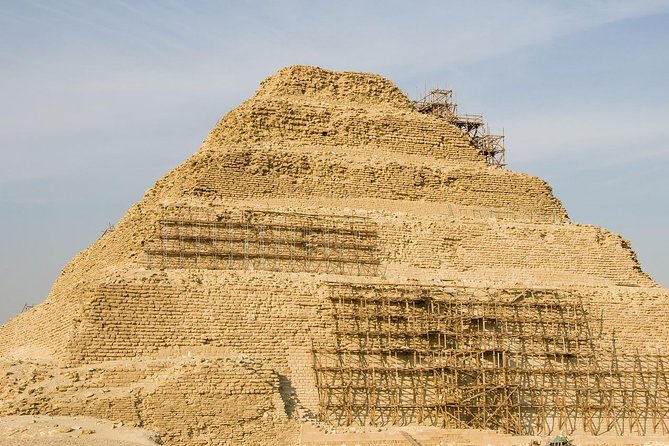 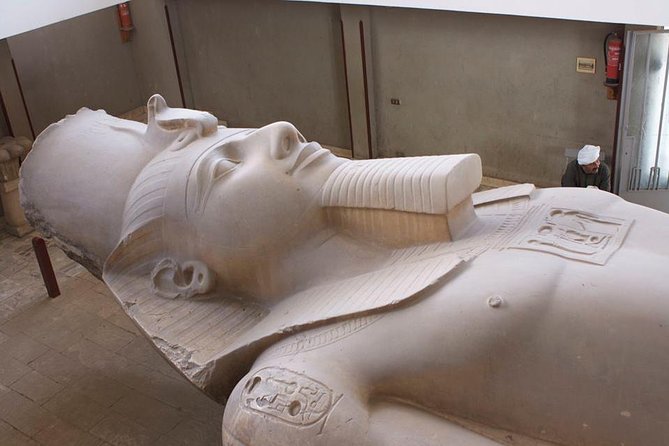 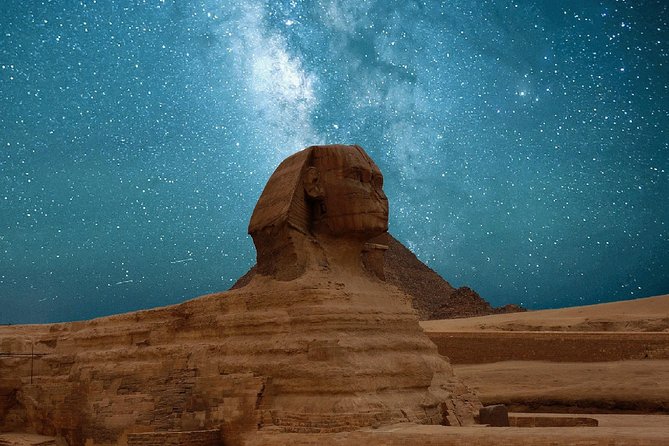 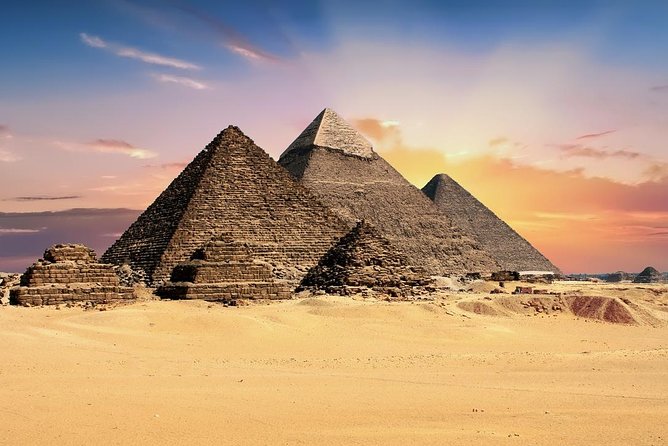 Our Guide will pick up from your hotel to start the tour to the Giza plateau,Get excited by a panoramic view of the Pyramids of Khufu (Cheops), Chephren, and Mykerinus. Continue to explore the rest of Giza plateau including the beauty of iconic Sphinx, A stop at the Western Plateau affords great photo opportunities of the three Pyramids and the sprawling city of Cairo at the background. Visit the Complex of Saqqara which belongs to King Djoser and his step pyramid which is considered the first pyramid in Egypt and the first rock-cut building by mankind in the history.Moving on towards Memphis" Old kingdom's first capital of Egypt .The Open Air Museum at Memphis is one of the "must see" sites in Egypt! Here you’ll see the best and the biggest statue of king Ramses the second-16 meters high, the alabaster sphinx of Queen Hatshepsut. Egyptian Lunch will be served in a countryside restaurant with delicious organic food. After this cultural trip to the Pyramids back to your hotel.

from
$520 AUD
Day Tour from Cairo to Alexandria

from
$2,046 AUD
Day Tour to Cairo from Aswan by Flight

from
$68 AUD
Tour to Alexandria from Cairo by Car

from
$110 AUD
Wheelchair Tour To Cairo From Alexandria

from
$318 AUD
One Day Trip to Luxor From Cairo By Plane .

from
$142 AUD
Trip to Abu Simbel, Edfu, Kom Ombo and Aswan from Luxor

from
$427 AUD
Trip To Kharga And Dakhla Oases From Luxor