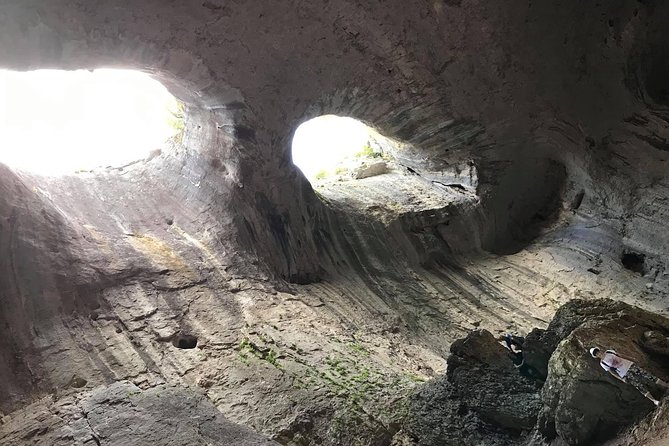 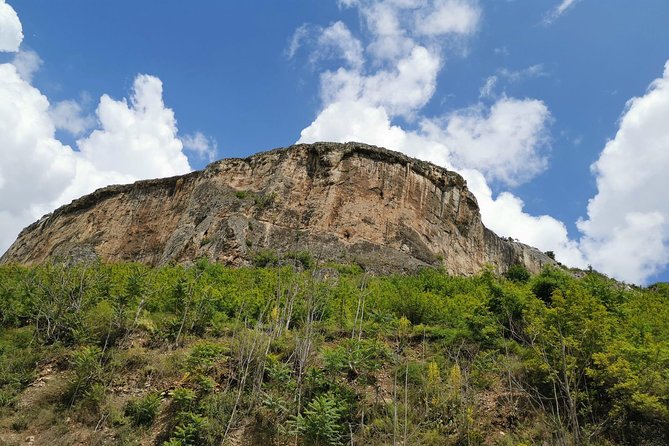 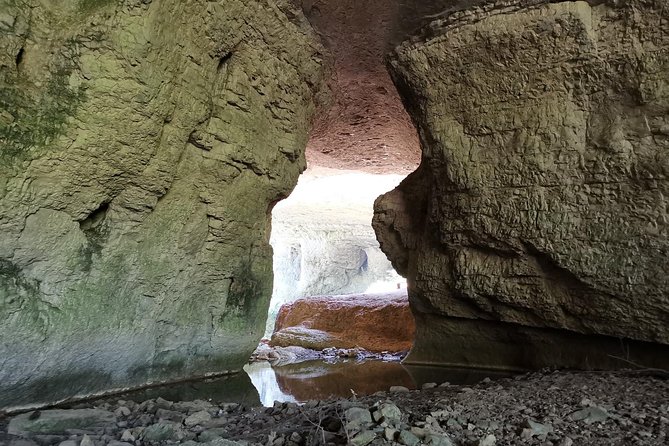 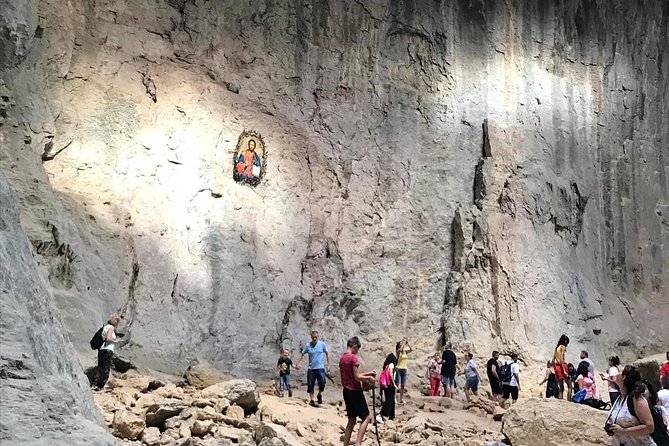 On this Day tour we’ll visit a few magical, but forgotten spots on the west of the capital.The first place to visit is imbued in history and blood - the story of an epic battle and the blood of the heroes who sacrificed their lives for Bulgaria. Today, there’s a unique monument from communist times - The Pantheon “Mother Bulgaria” which was built as an open towards the sky temple with a pyramidal shape. In its center is situated the statue of “Mother Bulgaria” sorrowful over her killed defenders.Close to the monument are to be found ruins from an ancient fortress in the beautiful gorge of Petlyuka. People say that there was a sanctuary of ancient greek’s God of Healing - Asclepius, son of Apollon.The second place we’ll visit is the town of Breznik where is situated the richest in iron water spring in Bulgaria. The spring is close to the church of St. Petka.Our third stop is an underground gallery - the “Underground mining museum” in Pernik which is one of a kind on the Balkans!

from
$91 AUD
Hike and SPA in the Rila Mountain

from
$153 AUD
Audio Guide for All Haskovo & Kardjali Sights, Attractions or Experiences

from
$81 AUD
From Sofia: In the footsteps of Spartacus, Kyustendil

from
$56 AUD
Romantic tour in Sozopol

from
$8 AUD
3 days in Rila: Lakes in the mountain of wisdom

from
$732 AUD
Architectural Walk of Sofia with a Local

from
$669 AUD
Audio Guide for All Melnik Sights, Attractions or Experiences

from
$17 AUD
The Seven Rila Lakes and Pristine waterfall